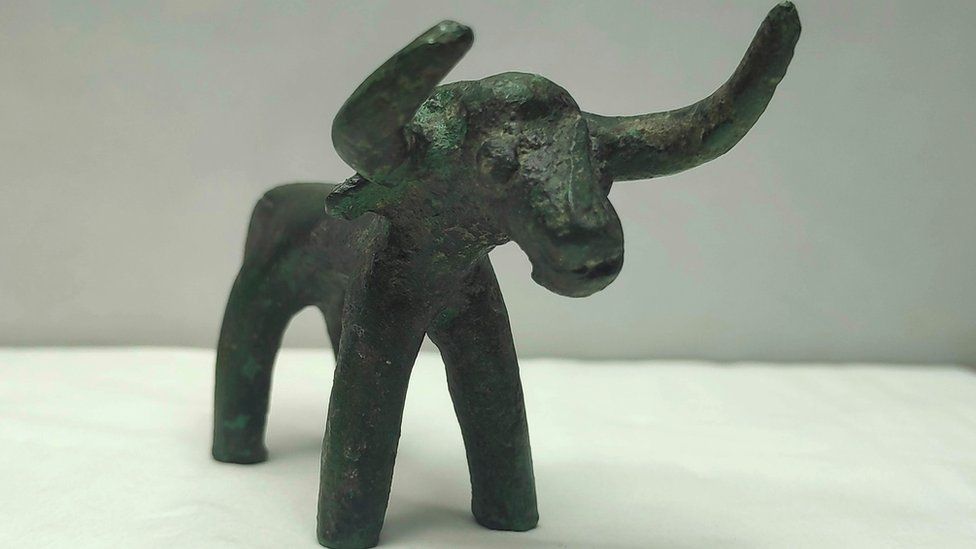 The small bull statuette is believed to have been offered to the god Zeus during a sacrifice
REUTERS
A bronze figurine of a bull believed to be at least 2,500 years old has been unearthed in Greece following heavy rain near the ancient site of Olympia.
Burn marks on the statuette suggest it may have been one of thousands of offerings to the Greek god Zeus.
The discovery of the small, intact item was made by archaeologists near a temple, Greece's culture ministry said.
An archaeologist spotted one of the bull's horns sticking out of the mud after a downpour, it added.
The item was immediately transferred to a laboratory for examination.
Read the rest of this article...
Posted by David Beard MA, FSA, FSA Scot at 5:18 PM