Early humans may have survived the harsh winters by hibernating 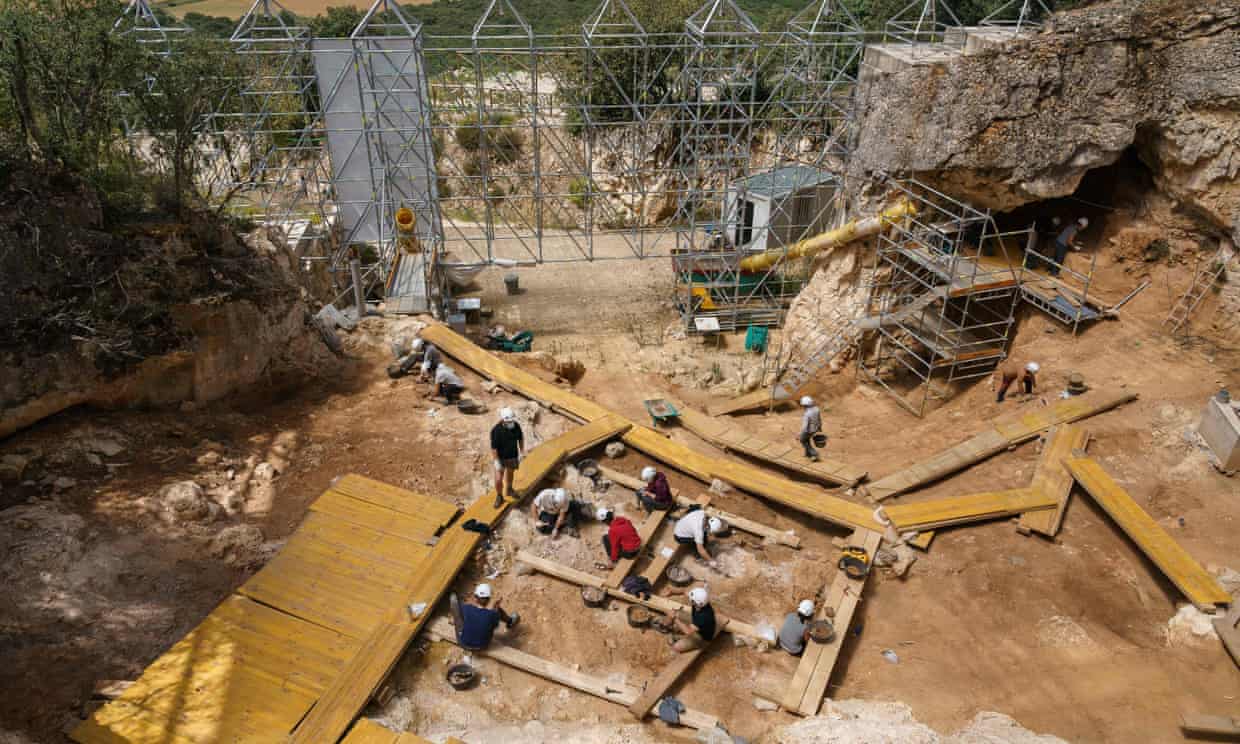 The site at Sima de los Huesos was a mass grave 400,000 years ago. Photograph: César Manso/AFP/Getty Images
Bears do it. Bats do it. Even European hedgehogs do it. And now it turns out that early human beings may also have been at it. They hibernated, according to fossil experts.
Evidence from bones found at one of the world’s most important fossil sites suggests that our hominid predecessors may have dealt with extreme cold hundreds of thousands of years ago by sleeping through the winter.
The scientists argue that lesions and other signs of damage in fossilised bones of early humans are the same as those left in the bones of other animals that hibernate. These suggest that our predecessors coped with the ferocious winters at that time by slowing down their metabolisms and sleeping for months.
Read the rest of this article...
Posted by David Beard MA, FSA, FSA Scot at 10:12 AM