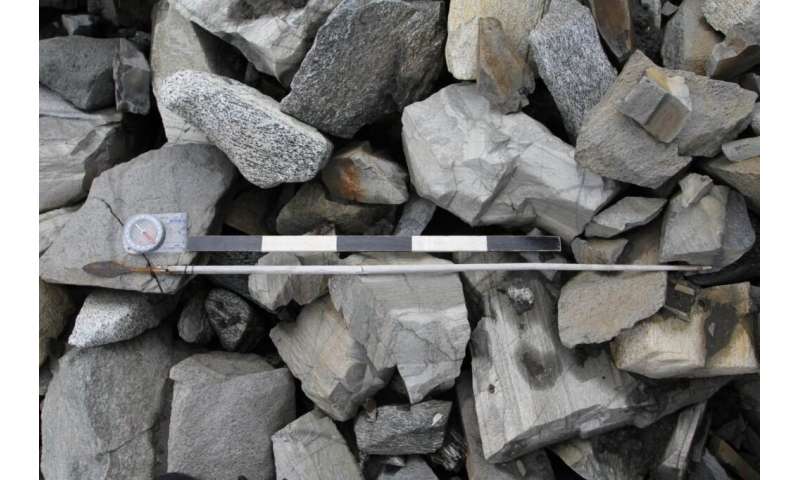 An arrow from c. AD 700 as it was found lying on the stones in the scree, close to the melting ice. Credit: Innlandet Fylkeskommune
A team of researchers affiliated with a host of institutions in Norway and one in the U.K., has unveiled their findings after collecting and studying a very large number of ancient arrows they found near a melting ice patch in Norway's Jotunheimen Mountains. In their paper published in the journal The Holocene, the group describes how they kept their research secret to avoid the possibility of others contaminating the site and what they have learned about the arrows thus far.
Back in 2006, archeologist Reidar Marstein found an ancient shoe lying near a melting ice patch (which subsequent recent has shown to have formed approximately around 5600BC) in the Jotunheimen Mountains. The shoe was initially believed to have been from the Viking era, but subsequent study showed it to be approximately 3,300 years old.
Read the rest of this article...
Posted by David Beard MA, FSA, FSA Scot at 5:56 PM