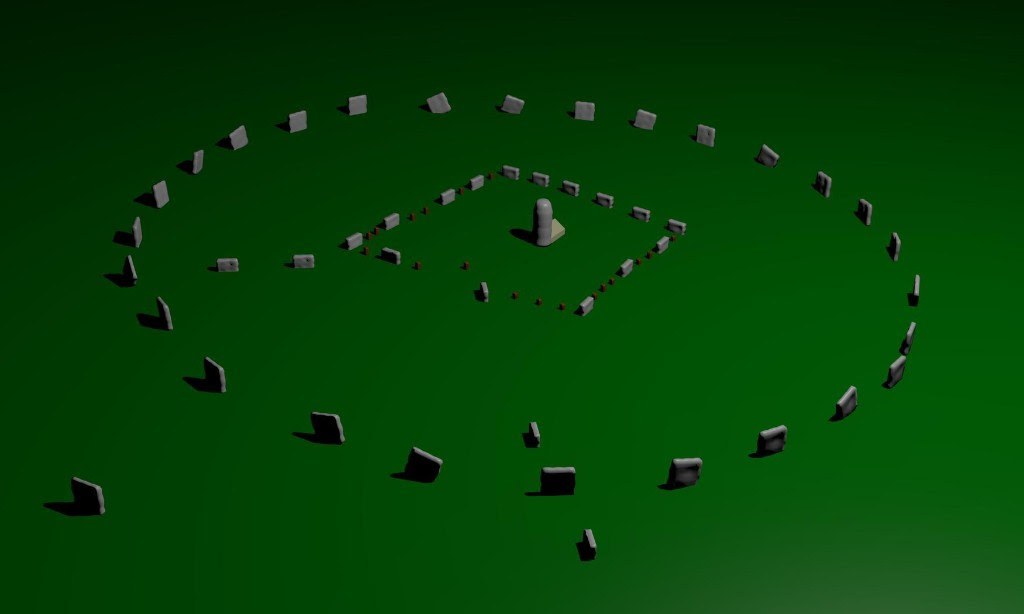 A model of the inner square at the Avebury Neolithic stone circl.
Photograph: Mark Gillings / University of Leicester


Radar technology detects inner stone structure thought to commemorate Neolithic building dating to 3500BC and a focal point for Neolithic communityA mysterious square formation has been discovered within the Neolithic stone circle monument at Avebury, rewriting the narrative of one of the wonders of the prehistoric world.
Archaeologists believe the hidden stones, discovered using radar technology, were one of the earliest structures at the site and may have commemorated a Neolithic building dating to around 3500 BC.
Read the rest of this article...