The remains of ancient villages dating back to 5,500BC have been discovered on a construction site in Sion in the Valais. 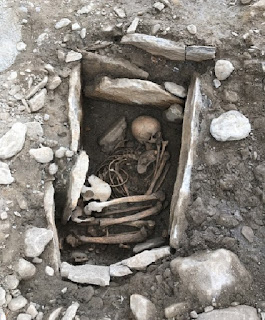 The find was made by archaeologists during building work on the site of the the Arsenaux cultural centre in the city, Sion authorities said in a statement on Thursday.

The archaeologists uncovered evidence of human habitation, including graves and the remains of houses, which date back as far as the Neolithic period (5,500-4,800 BC).

Construction work at the site – intended to be a new centre for the city’s archives – has been suspended until in mid-September so archaeologists can carry out their work.