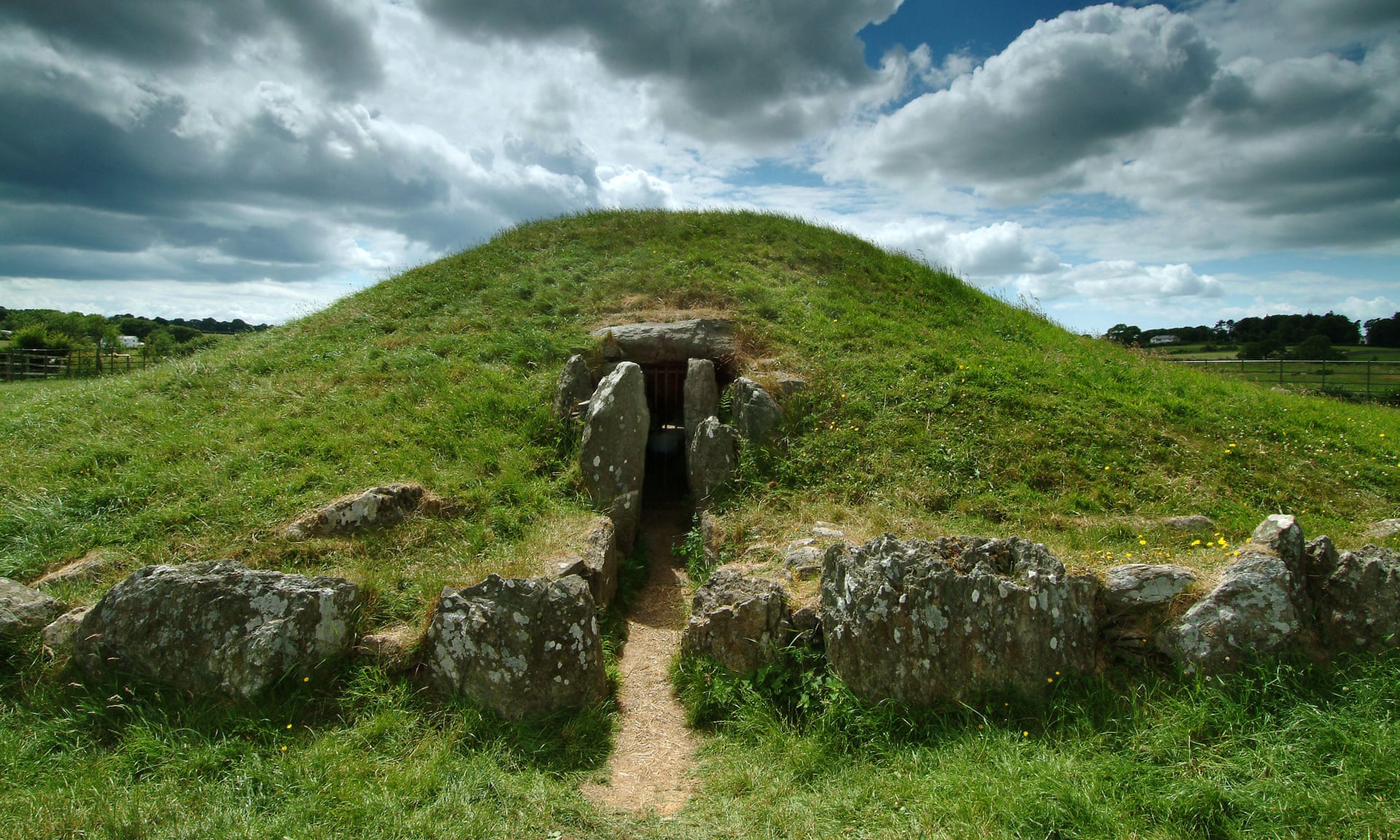 Archaeologists have uncovered a prehistoric ritual landscape that possibly includes a cairn cemetery around a 5,000-year-old burial mound aligned with the summer solstice sun on Anglesey.

Though far less famous than Stonehenge, the spectacle of sunlight shining down a long narrow passage to light up the inner chamber of Bryn Celli Ddu on the longest day of the year is unforgettable. Excavation now suggests the site had significance for prehistoric people that lasted for millennia after the earth mound was raised over a stone passage grave.

The monument, whose name translates as the mound in the dark grove, was first excavated in 1865 and heavily reconstructed in the 1920s, but excavations over the last three summers – with members of the public joining archaeologists – are unveiling 5,000 years of human activity in the landscape.