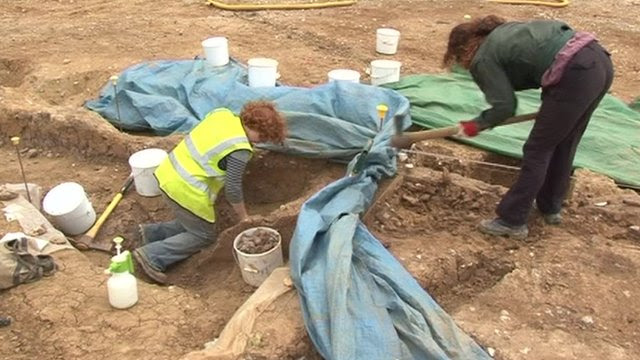 A site which experts believe could be an Iron Age settlement is being excavated on land where the new Turing College at the University of Kent will be built.
An open day on Thursday allowed the public to see items such as a gold coin, a bronze bell and some of 2,500-year-old pottery uncovered so far by the team of 40.
The new college is being named after World War II codebreaker Alan Turing, who grew up in Guildford, Surrey.
Read the rest of this article...
Posted by David Beard MA, FSA, FSA Scot at 3:44 PM