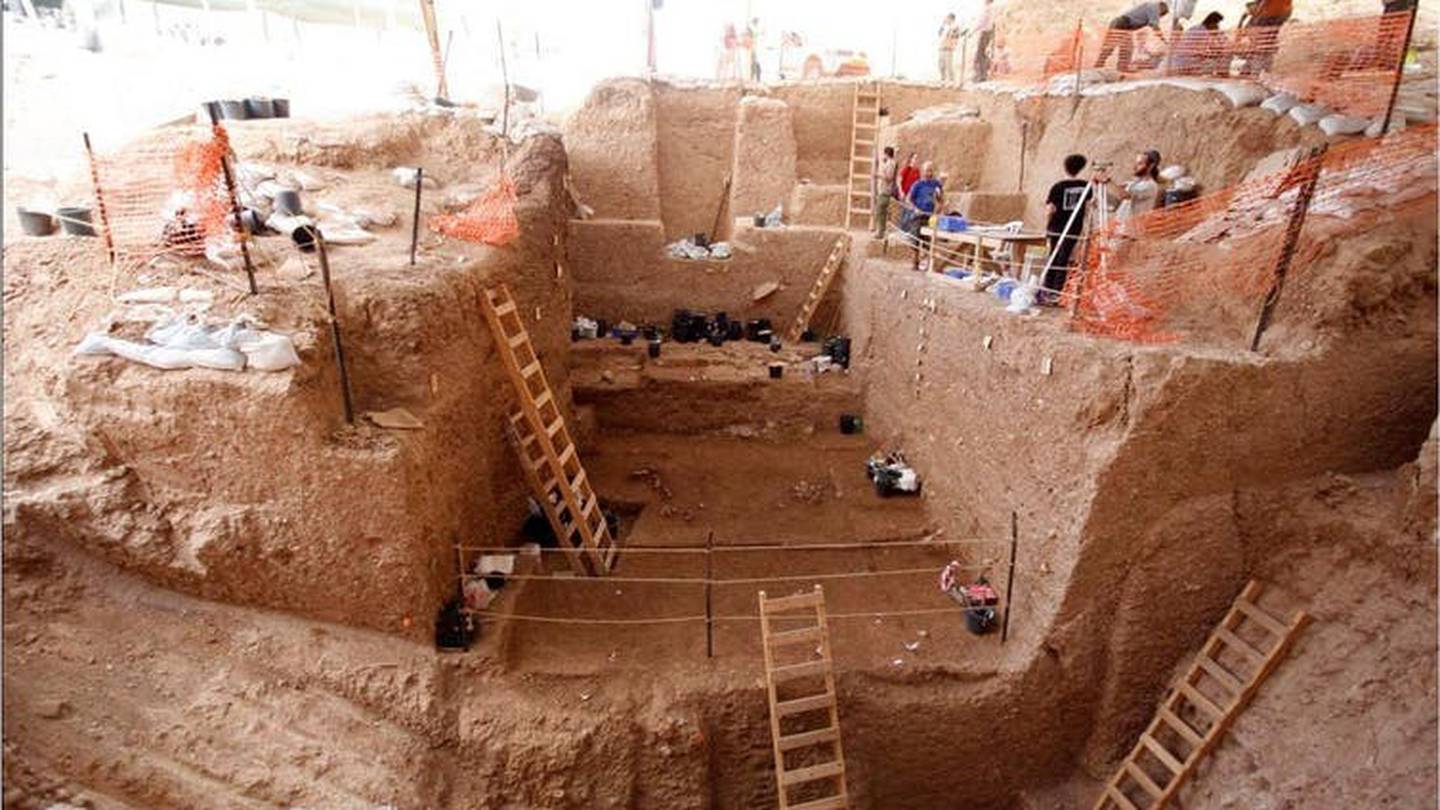 Archaeologists also found tools, butchered animal bones and evidence of a campfire at the Nesher Ramla excavation site. Photo / Yossi Zaidner
An international group of archaeologists have discovered a missing piece in the story of human evolution.
Excavations at the Israeli site of Nesher Ramla have recovered a skull that may represent a late-surviving example of a distinct Homo population, which lived in and around modern-day Israel from about 420,000 to 120,000 years ago.
As researchers Israel Hershkovitz, Yossi Zaidner and colleagues detail in two companion studies published today in Science, this archaic human community traded both their culture and genes with nearby Homo sapiens groups for many thousands of years.
The new fossils
Pieces of a skull, including a right parietal (back of the skull) and an almost complete mandible (jaw) were dated to 140,000–120,000 years old, with analysis finding the person it belonged to wasn't fully H. sapiens.
Nor were they Neanderthal, however, which was the only other type of human thought to have been living in the region at the time.
Instead, this individual falls right smack in the middle: a unique population of Homo never before recognised by science.
Read the rest of this article...
Posted by David Beard MA, FSA, FSA Scot at 5:57 PM