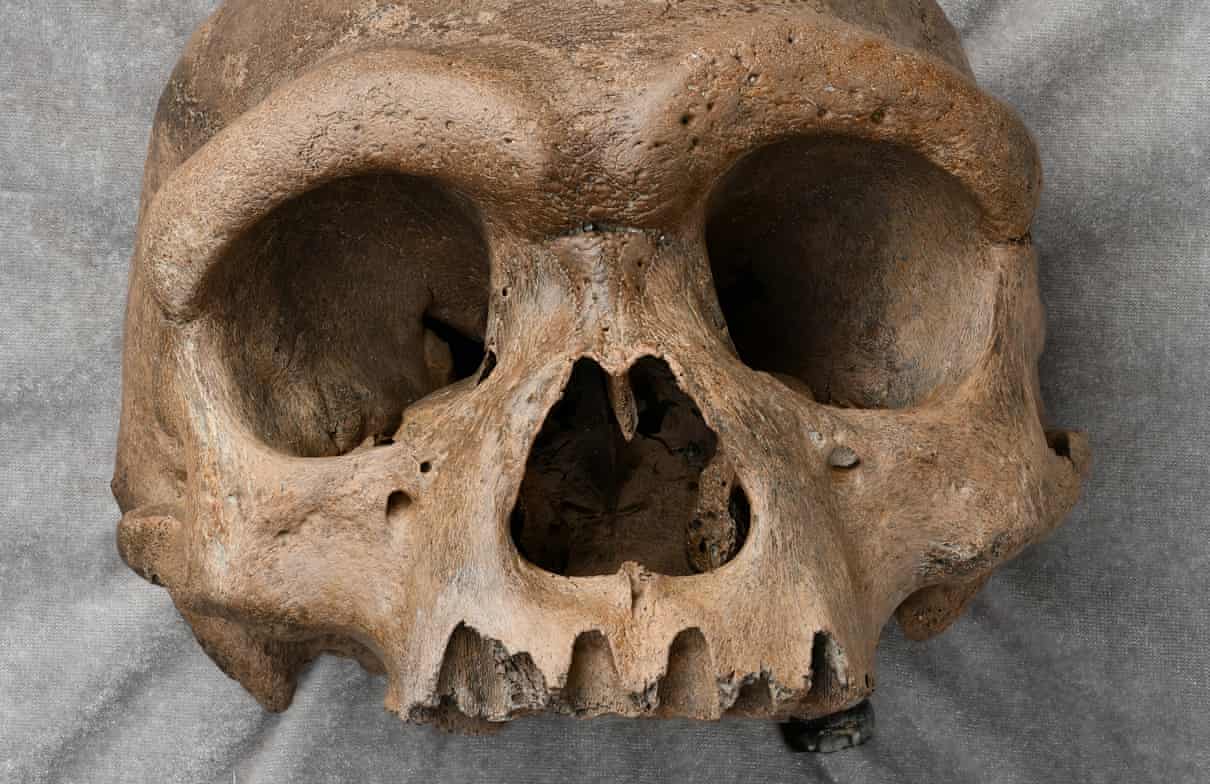 Chinese researchers have called the skull, found in Harbin in the north, Homo longi, or ‘Dragon man’, but other experts are more cautious about naming a new species. Photograph: Wei Gao
Ian Sample Science editor
The discovery of a huge fossilised skull that was wrapped up and hidden in a Chinese well nearly 90 years ago has forced scientists to rewrite the story of human evolution.
Analysis of the remains has revealed a new branch of the human family tree that points to a previously unknown sister group more closely related to modern humans than the Neanderthals.
The extraordinary fossil has been named a new human species, Homo longi or “Dragon man”, by Chinese researchers, although other experts are more cautious about the designation.
“I think this is one of the most important finds of the past 50 years,” said Prof Chris Stringer, research leader at the Natural History Museum in London, who worked on the project. “It’s a wonderfully preserved fossil.”
The skull appears to have a remarkable backstory. According to the researchers, it was originally found in 1933 by Chinese labourers building a bridge over the Songhua River in Harbin, in China’s northernmost province, Heilongjiang, during the Japanese occupation. To keep the skull from falling into Japanese hands it was wrapped and hidden in an abandoned well, resurfacing only in 2018 after the man who hid it told his grandson about it shortly before he died.
Read the rest of this article...
Posted by David Beard MA, FSA, FSA Scot at 6:01 PM