Tourists will be winched deep underground to see 4,000-year-old site where Neolithic miners used antlers to hack out flint 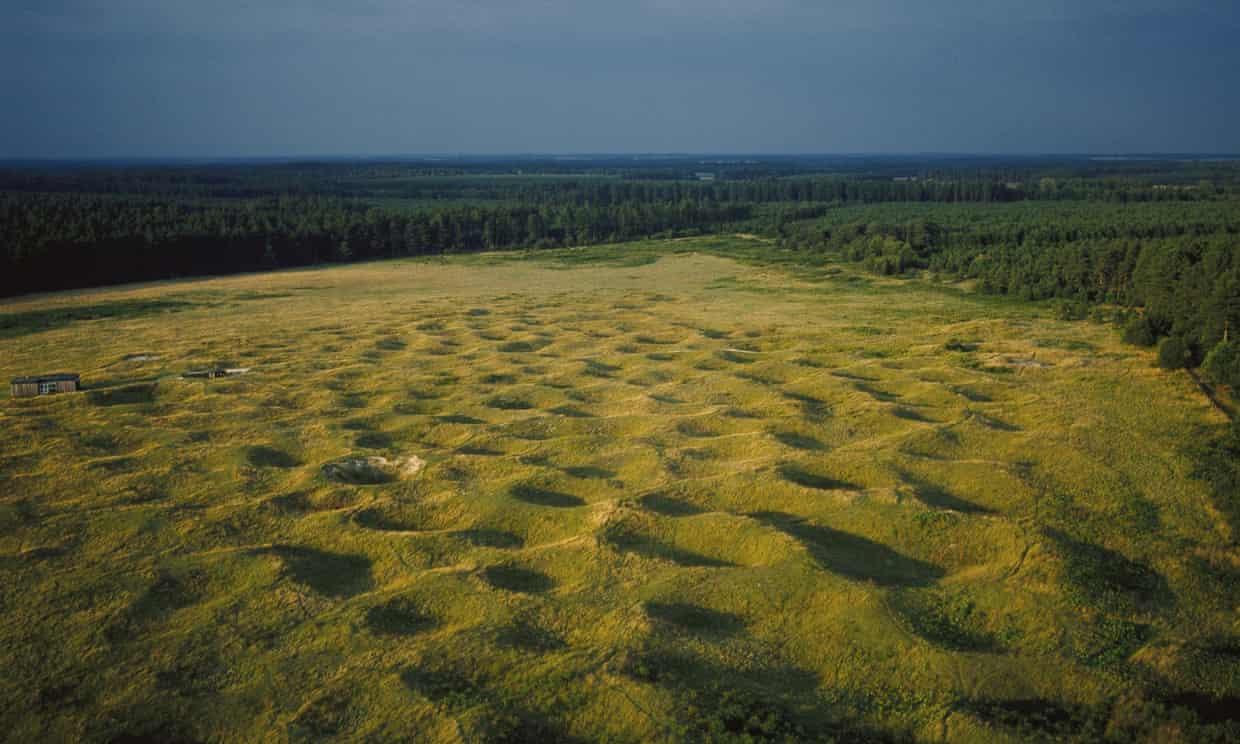 A challenging descent by ladder, winch and harness into a prehistoric underworld will open to the public for the first time this year, allowing exploration of shafts and galleries cut deep under Norfolk heathland more than 4,000 years ago.

The extraordinary surface landscape of Grime’s Graves, pockmarked with hundreds of shallow depressions, puzzled people for many centuries until they were identified about 150 years ago as neolithic flint mines.


The name Grime’s Graves has Anglo-Saxon origins, given long after the mines fell out of use as metal tools replaced flint, and some of the convenient hollows were used as burial grounds in the Iron Age. Under the Normans the site was used to keep rabbits for their meat and skins, as the poor sandy soil was ideal for the animals’ warrens.