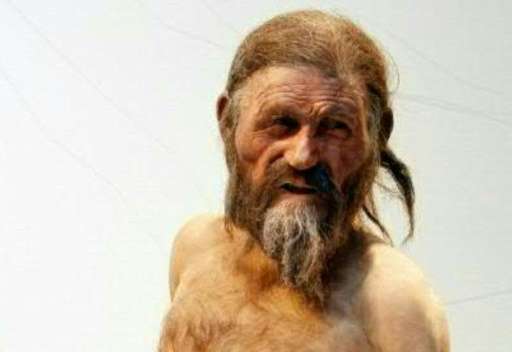 Oetzi the famous "iceman" mummy of the Alps appears to have enjoyed a fine slice or two of Stone Age bacon before he was killed by an arrow some 5,300 years ago.
His last meal was most likely dried goat meat, according to scientists who recently managed to dissect the contents of Oetzi's stomach.
"We've analysed the meat's nanostructure and it looks like he ate very fatty, dried meat, most likely bacon," German mummy expert Albert Zink said at a talk in Vienna late Wednesday.
More specifically, the tasty snack is thought to have come from a wild goat in South Tyrol, the northern Italian region where Oetzi roamed around and where his remains were found in September 1991.
Read more at: https://phys.org/news/2017-01-iceman-oetzi-meal-stone-age.html#jCp