Archaeologists in Monmouth have discovered the remains of an ancient wooden building that dates back 5,000 years. 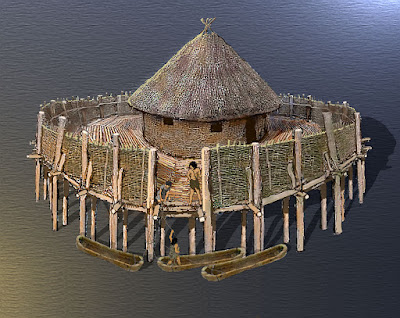 An artist impression of what the fort looked like nearly 5,000 years ago  [Credit: Monmouth Archaeological Society]

Steve Clarke, who two years ago uncovered the remains of a huge post-glacial lake at the Parc Glyndwr building site, said the timber remains found under the new Rockfield estate were once part of a crannog, an ancient fortified dwelling built into a lake.

Part of the wooden building set into the bed of what was once Monmouth’s prehistoric lake, pre-dates the only other known crannog in England and Wales by 2,000 years.