An Iron Age village along with a host of ancient artefacts including tools and jewellery have been discovered on a construction site of a new bypass for a Scottish town. 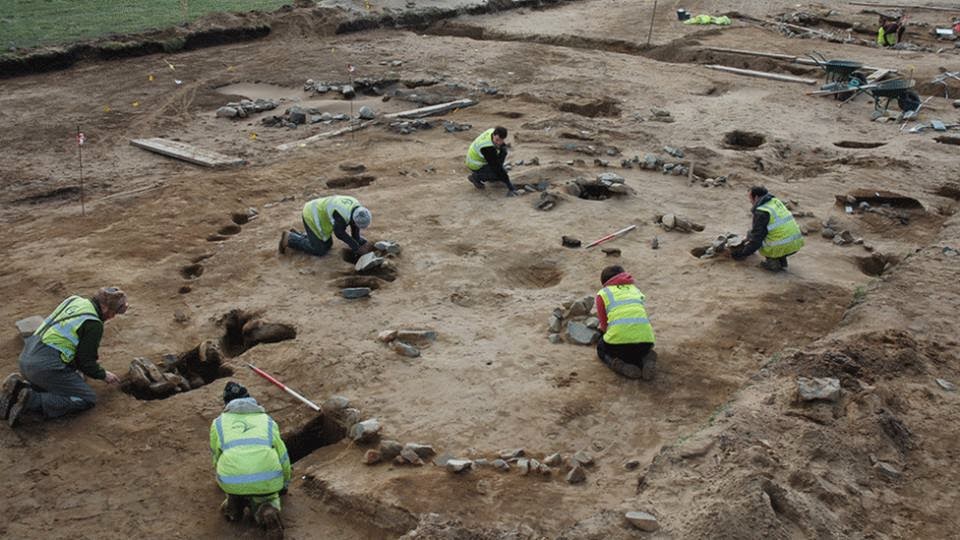 Archaeologists have uncovered a range of artefacts and sites, including an Iron Age village, ahead of construction of a new road in southwest Scotland [Credit: Historic Scotland]

The treasure trove unearthed during the building of the £17 million A75 Dunragit bypass in Wigtownshire sheds new light on land use and settlement in the area over the past 9,000 years.

The discoveries include a rare and complete 130-piece jet bead necklace dating about 2000BC – the first of its kind ever discovered in south-west Scotland.