Human remains dating from the Iron Age have been found during archaeological excavations in Gloucestershire. 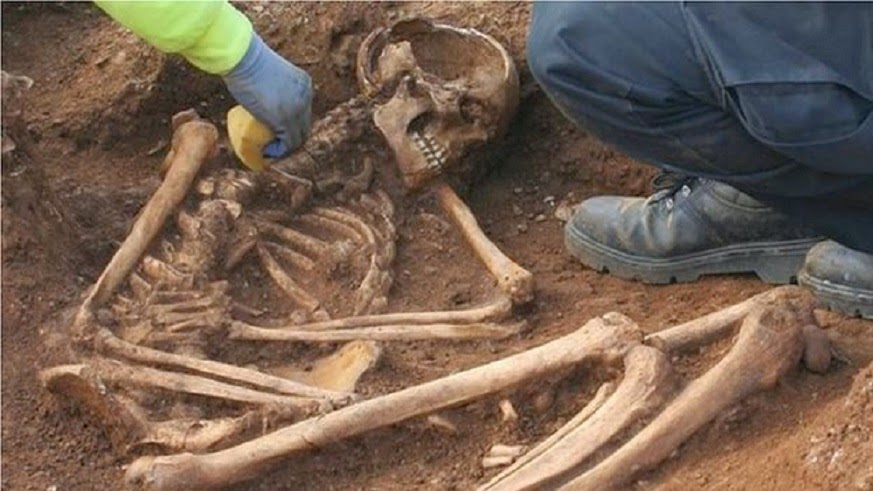 The remains are thought to date from the Iron Age [Credit: BBC]

The skeleton was found at a nature reserve on the outskirts of Bourton-on-the-Water near Salmonsbury Camp, an ancient hill fort.

The work also revealed what is thought to be a roundhouse and a series of pits that may have been used to store grain.

Tom Beasley-Suffolk, Cotswolds reserves manager, said the remains will be cleaned and then analysed.