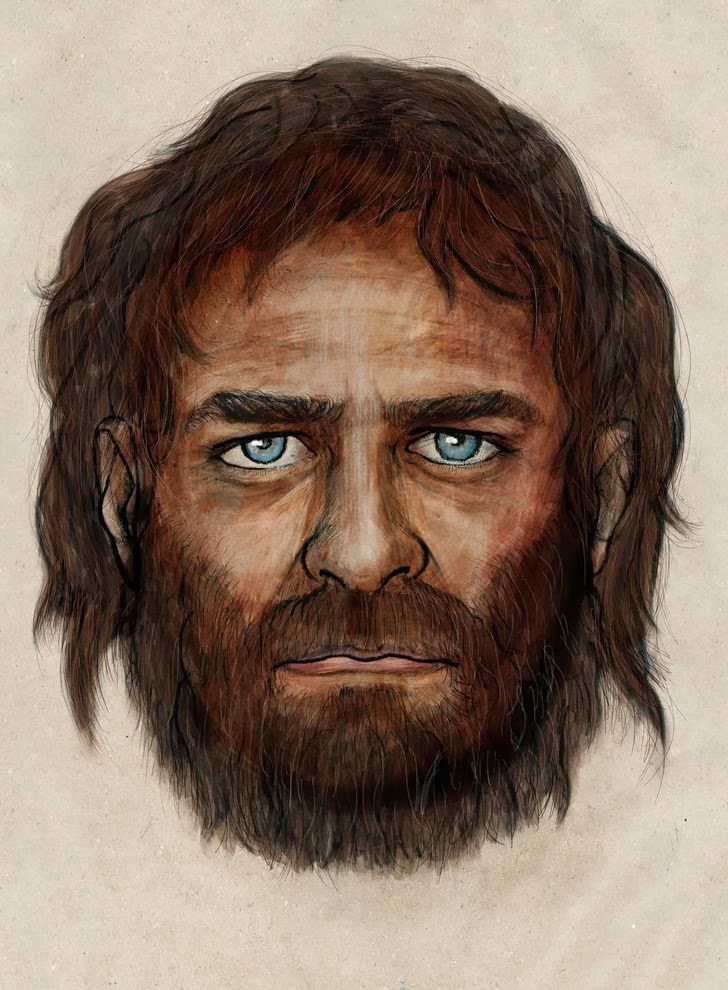 Apologies to Frank Sinatra, but the real Ol' Blue Eyes has been found—a 7,000-year-old Spaniard whose fossil genes reveal that early Europeans sported blue eyes and dark skin.
Mapping the blue-eyed boy's genes is part of ongoing effort to uncover the DNA of ancient humans. The new study in the journal Nature, led byInigo Olalde of Spain's Institut de Biología Evolutiva in Barcelona, reports the genetic map of a skeleton found in a Spanish cave. (See also: "Modern Europe's Genetic History Starts in Stone Age.")
Why It Matters
Scholars had suspected that blue eyes arrived as an import into Europe, brought by late-arriving farmers who invaded the continent more than 5,000 years ago. Contrary to the conventional picture of a blue-eyed, fair-haired northern European, the study suggests that blue eyes were already common among the continent's early hunter-gatherers, along with darker skin.
Read the rest of this article...
Posted by David Beard MA, FSA, FSA Scot at 12:26 PM