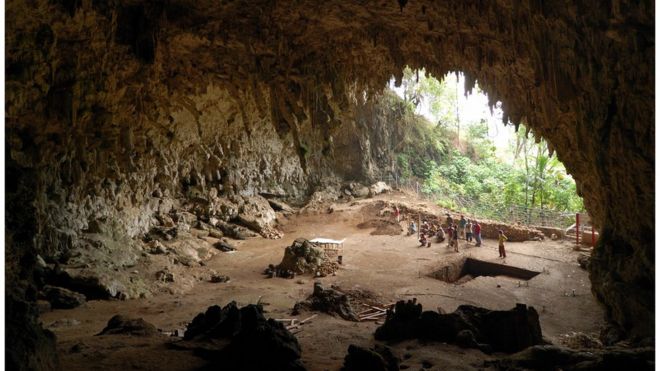 A new study has shown that small height evolved twice in humans on the Indonesian island of Flores.

Scientists decoded the DNA of modern-day "pygmy" people to find out if they might be partly descended from the extinct Hobbit species.

The remains of these Hobbits were found during an archaeological dig on Flores 15 years ago.

The new analysis, published in the journal Science, found no trace of the Hobbit's DNA in the present-day people.

This is important because some scientists had wondered whether modern humans (Homo sapiens) could have mixed with the Hobbit population when they first arrived on the island thousands of years ago. In theory, this could have led to Hobbit genes being passed down into living people on the island.