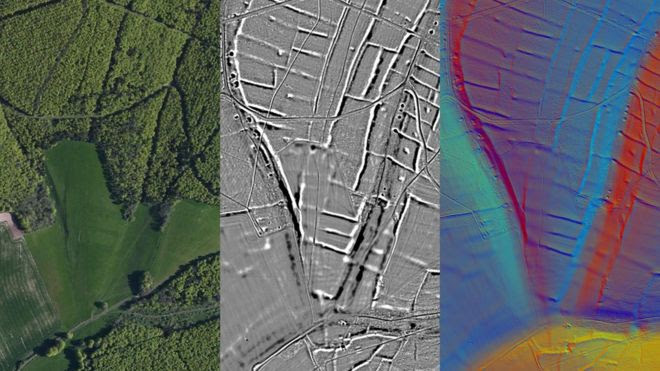 
Evidence of a prehistoric "farming collective" has been discovered after aerial laser scanning was carried out in the South Downs National Park.
Large-scale farming from before the Roman invasion suggests a high level of civilisation, archaeologists said.
The survey also revealed the route of a long-suspected Roman road between Chichester and Brighton.
It covered an area between the Arun river valley in West Sussex and Queen Elizabeth Country Park in Hampshire.