In advance of the construction of the eastern Bergerac bypass route (Dordogne), the preventive excavation realized by Inrap at the open-air doline site of Cantalouette revealed prehistoric occupations from the Middle Paleolithic and Neolithic periods. Iluminada Ortega and Laurence Bourguignon of Inrap, along with their Spanish colleagues, have announced in the Journal of Archaeological Science Reports, the discovery of an Aurignacian art object, 35,000 – 31,000 years old. This object, depicting a bird, contributes to our knowledge of the origins of figurative art. 35,000-year-old carving of bird found in SW France 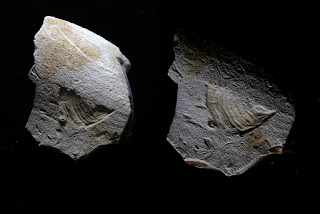 This depiction is very distinct and probably unique in the Aurignacian period, during which Modern Humans arrived in western Europe. It is exceptional in its degree of naturalism, the nature of its support—the cortex (limestone coating) of a flint flake—and the engraving technique used. This “sunk relief” technique was identified through microscopic and 3D analyses realized at Cenieh (Burgos, Spain).