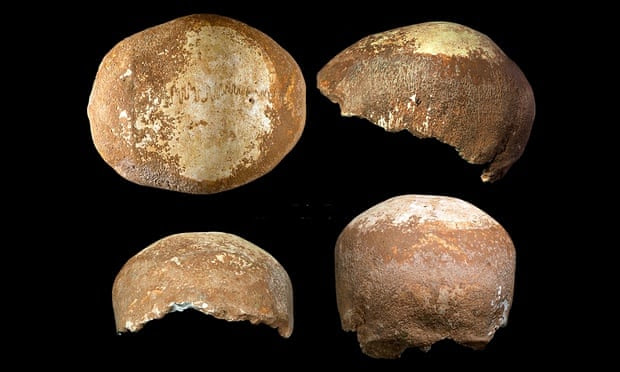 
An ancient skull found in a cave in northern Israel has cast light on the migration of modern humans out of Africa and the dawn of humanity’s colonisation of the world.
For most palaeontologists that might be enough for a single fossil, but the braincase has offered much more: a likely location where the first prehistoric trysts resulted in modern humans having sex with their heavy-browed Neanderthal cousins.
Discovered in a cave in western Galilee, the partial skull belonged to an individual, probably a woman, who lived and died in the region about 55,000 years ago, placing modern humans there and then for the first time ever.
Read the rest of this article...
Posted by David Beard MA, FSA, FSA Scot at 7:57 PM