Years before beer pong was invented, the ancient Greeks played kottabos to pass the time at symposia (drinking parties) where privileged men reclined on cushion couches and played the game that is found illustrated on ancient artworks. Women of fine society didn’t attend symposia but hetaires (courtesans) played the sloppy game where winners received all sorts of prizes, such as sweets and even sexual favours. 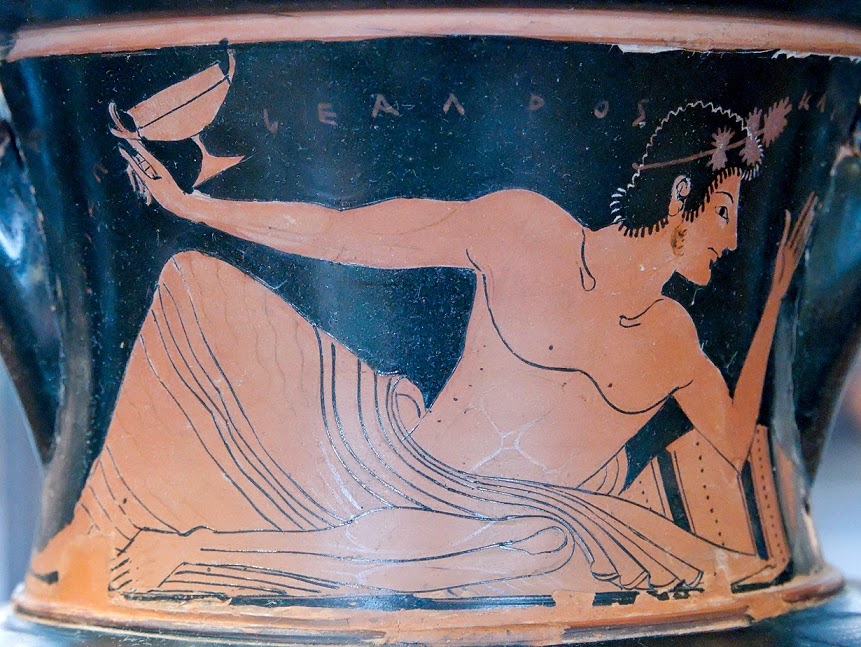 Banqueter playing the kottabos game; kalos inscription in the name of Leagros.  Side A of the neck of an Attic red-figure neck-amphora, ca. 510 BC. From Vulci  [Credit: Marie-Lan Nguyen/WikiCommons]

Assistant Art History Professor Heather Sharpe of West Chester University in Pennsylvania tried to recreate the game with her students. It wasn’t as easy as it appears “because we do have these illustrations of it, but they only show one part of the game – where individuals are about to flick some dregs at a target.”