Archaeologists were stunned to discover evidence of a Mesolithic settlement alongside the A1, which stretches 410 miles from London to Edinburgh. 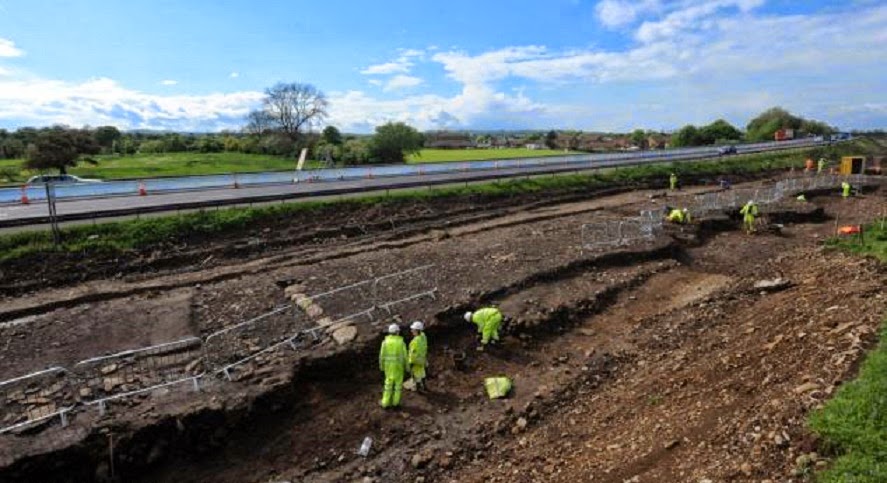 The route, which is now the A1 between London and Edinburgh, may have been in use for a  staggering 10,000 years, newly-discovered archaeological evidence suggests. Experts  have discovered ancient artefacts during the widening of the road through  North Yorkshire [Credit: North News & Pictures Ltd]

The site, near Catterick in North Yorkshire, is believed to have been used by people travelling north and south as an overnight shelter, similar to today’s motorway service stations.

Items discovered at the settlement include flint tools that date back to between 6000 and 8000 BC.