3,000-year-old remains of a baby have been found during inaugural archaeological works at a Meath site reputed to be the birthplace of Halloween. The remains were found at the base of a 1.5 metre ditch at Tlachtga, near Athboy. 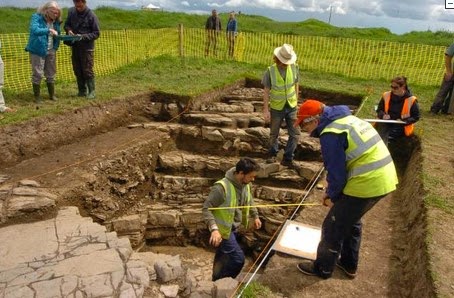 It’s believed the fully intact skeleton is of a baby between seven and 10 months old, but it is not thought the child was the victim of any human sacrifice on the ritualistic site.

The remains will now be taken to the School of Archaeology at University College Dublin for further examination.