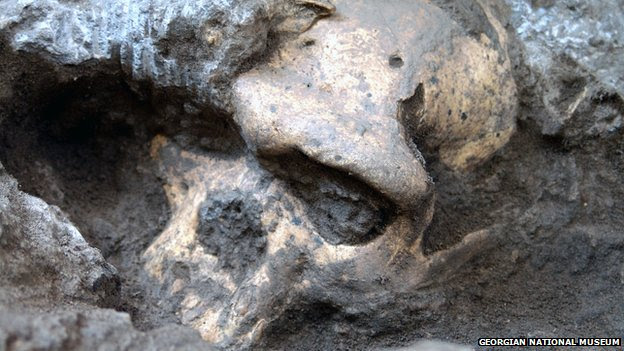 The 1.8 million-year-old skull is the most complete hominid skull ever found

The idea that there were several different human species walking the Earth two million years ago has been dealt a blow.
Instead, scientists say early human fossils found in Africa and Eurasia may have been part of the same species.
Writing in the journal Science, the team says that Homo habilis, Homo rudolfensis and Homo erectus are all part of a single evolving lineage that led to modern humans.
But others in the field reject this.
A team looked at the most complete hominid skull ever found, which was uncovered in Dmanisi, Georgia.
Read the rest of this article...
Posted by David Beard MA, FSA, FSA Scot at 6:12 PM