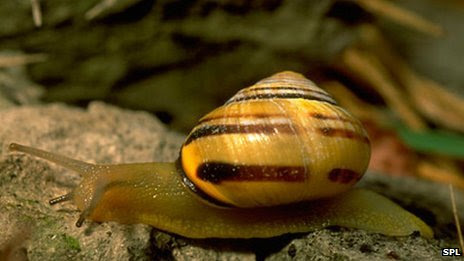 
A genetic similarity between snail fossils found in Ireland and the Eastern Pyrenees suggests humans migrated from southern Europe to Ireland 8,000 years ago.
The slimy creatures in Ireland today are almost identical to snails in Southern France and Northern Spain.
Whether an accidental visitor on a ship or brought along as a snack, the boat they were carried on did not appear to stop in Britain.
The findings are published in PLOS One.
As Britain emerged from the end of the last Ice Age about 10,000 years ago, sea levels rose and landslides are thought to have triggered a great tsunami. Britain was transformed into an island, separated from mainland Europe and Ireland.
Read the rest of this article...
Posted by David Beard MA, FSA, FSA Scot at 10:36 AM