In a burial ground full of Stone Age men, one grave holds a 'warrior' woman 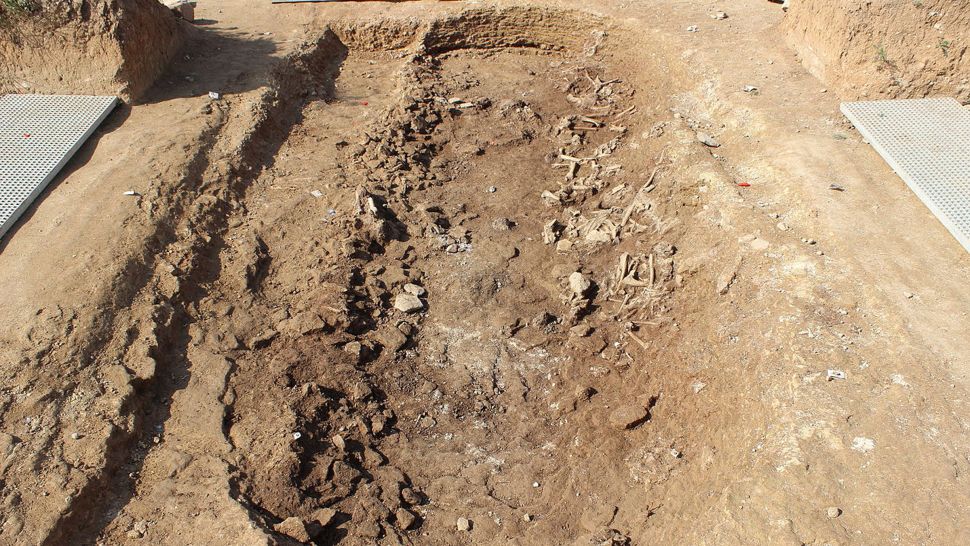 Of 14 people buried at the monumental cemetery at Fleury-sur-Orne during the early Neolithic period whose ancient DNA was tested, only one was a woman.
(Image credit: Pascal Radigue; CC BY 4.0)
The mysterious 6,500-year-old burial of a woman and several arrowheads in northern France may reveal details of how women were regarded in that society during the Neolithic period, or New Stone Age, a new study finds.
The researchers investigated giant graves known as "long barrows" — large earthen mounds, often hundreds of feet long and sometimes retained by wooden palisades that have since rotted away. Of the 19 human burials in the Neolithic cemetery at Fleury-sur-Orne in Normandy, the team analyzed the DNA of 14 individuals; but only one was female.
The woman was buried with "symbolically male" arrows in her grave, and the researchers argue that she may have had to be regarded as "symbolically male" to be buried there.
Read the rest of this article...
Posted by David Beard MA, FSA, FSA Scot at 4:49 PM