Gold items preliminarily dated to 1600-400 BC have been discovered by a farmer near Jasło in the Subcarpathia. The antique objects have been taken to the Sub-Carpathian Museum in Krosno. 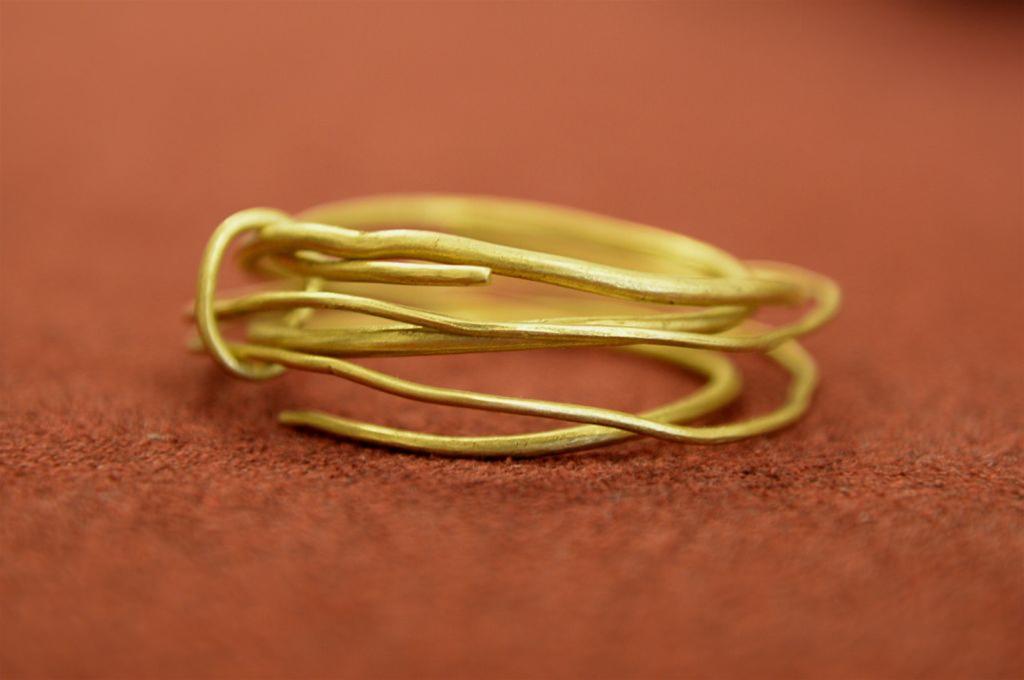 The three gold bracelets dating to between 1600 and 400 BC unearthed by a farmer in southeastern Poland [Credit: PAP © 2015/Darek Delmanowicz]

During field work near Jasło, a farmer found three gold bracelets tied with golden wire. He then informed the archaeological service.

Archaeologists now intend to study the place of discovery because the want to determine whether it was a discovery of a treasure, or perhaps the remains of a burial ground, as Jan Gancarski, director of the Sub-Carpathian Museum in Krosno said.