Three shrines, dating back about 3,300 years, have been discovered within a hilltop fortress at Gegharot, in Armenia, according to an article published by Live Science. 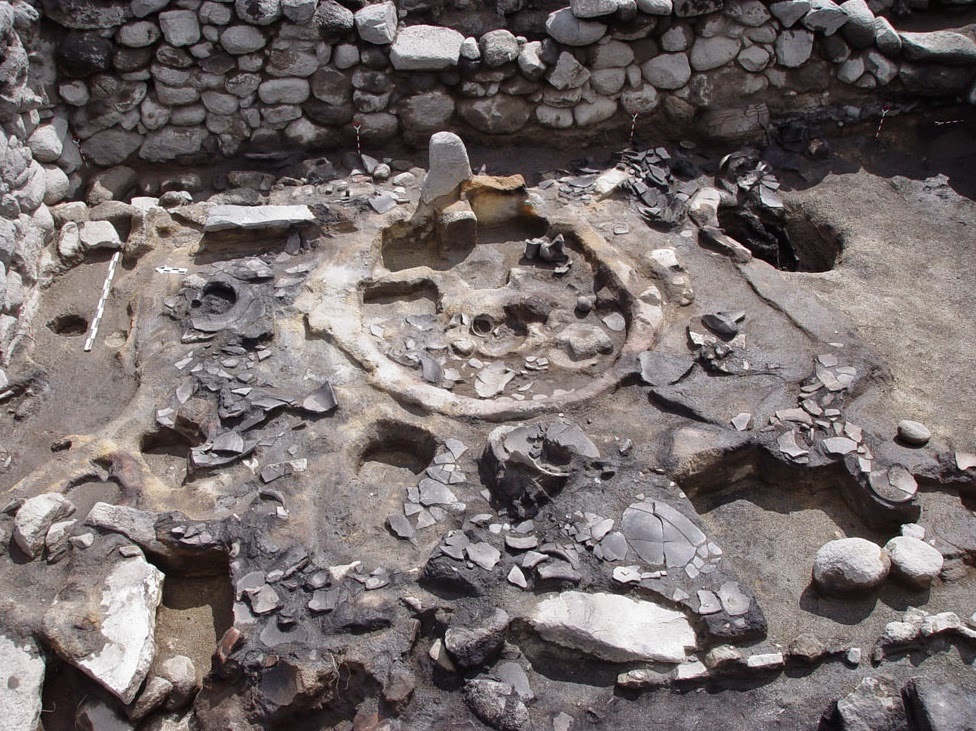 A shrine excavated at the entrance of a fortress' west terrace in Gegharot in Armenia.  The stone stele like would've been a focal point for rituals practiced there some  3,300 years ago
[Credit: Professor Adam Smith]

Local rulers at the time likely used the shrines for divination, a practice aimed at predicting the future, the archaeologists involved in the discovery say.

Each of the three shrines consists of a single room holding a clay basin filled with ash and ceramic vessels. A wide variety of artifacts were discovered including clay idols with horns, stamp seals, censers used to burn substances and a vast amount of animal bones with markings on them. During divination practices, the rulers and diviners may have burnt some form of substances and drank wine, allowing them to experience “altered” states of mind, the archaeologists say.