A Bronze Age skeleton found buried in West Sussex with one of the earliest bronze daggers in the UK was probably a high-ranking warrior chief who died in combat, experts have said. 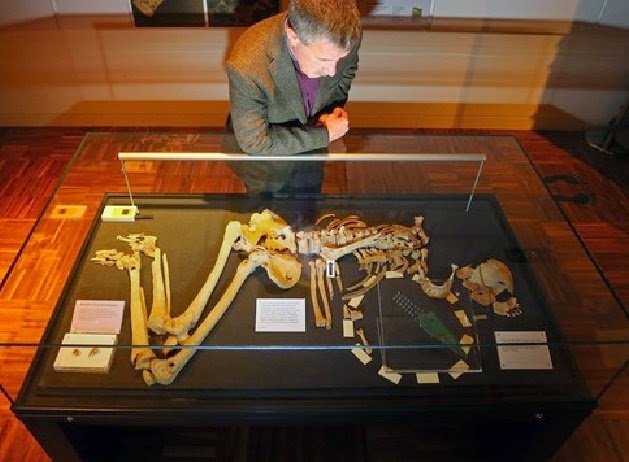 The virtually-complete skeleton dating back more than 4,000 years was found on farmland in the hamlet of Racton, near Chichester, in 1989.

Its background has long been a source of intrigue to historians as the skeleton - nicknamed Racton Man - was found with an extremely rare and valuable dagger.