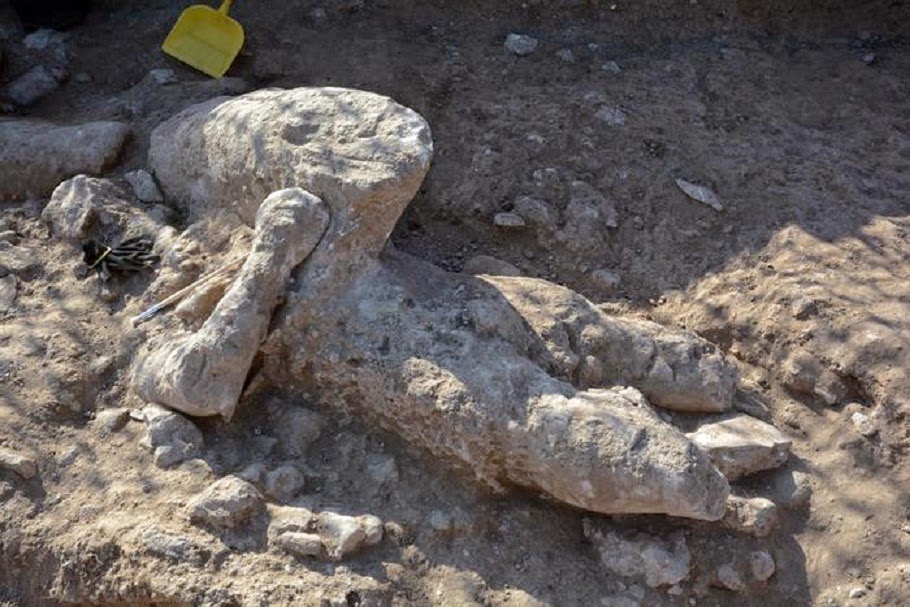 Archaeologists from the Superintendency of Cagliari and Oristano and Cagliari and Sassari universities dug up another monumental sandstone giant at the Monte Prama excavation site in Oristano on Thursday morning.

The Monte Prama site is home to the Giants of Monte Prama, ancient stone figures from the Bronze-age Nuragic civilization that were discovered en masse in the early 1970s.