Mystery of the ancient Gauls found dumped in a pit


Eight skeletons including two of children dating back to the Iron Age have been found in good condition in France. 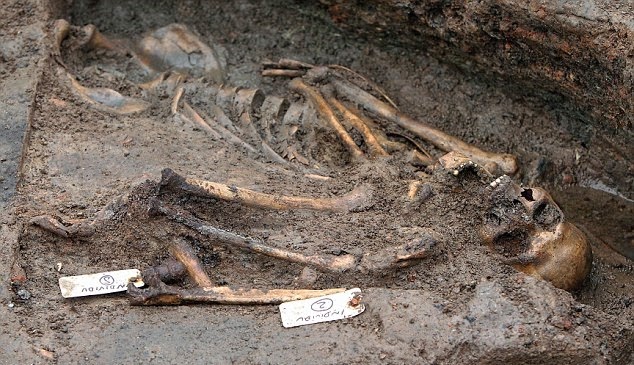 Eight skeletons dating back to about 500BC have been found in an ancient  grain silo near a Celtic salt mining site in Marsal, eastern France  [Credit: AFP/Getty Images]

The extraordinary archaeological discovery was made in Marsal, in the east of the country, in the Lorraine region, close to the border with Germany.

Dating back to around 500BC, all were exhumed from a wet, boggy area which was once the site of extensive salt mines, but is now surrounded by an industrial estate.

It is excavated most summers by a team led by Laurent Olivier, curator of the National Archaeological Museum at Saint-Germain-en-Laye, near Paris.