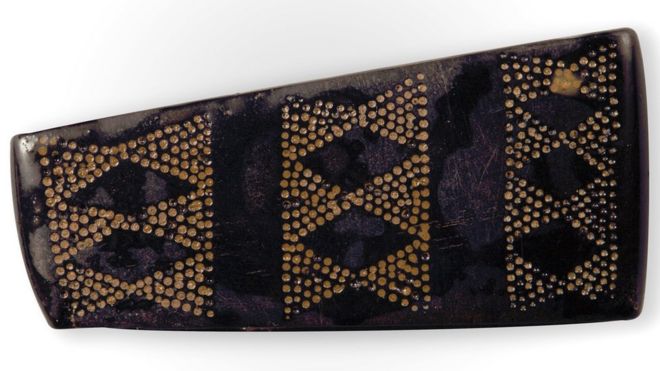 A 4,000-year-old necklace has been uncovered during an archaeological dig on the Isle of Man.

The piece of jewellery, found in the west of the island, is made up of 122 "intricately" decorated jet beads each measuring between 1cm and 5cm.

Thought to have originated in Whitby, North Yorkshire it is the first of its kind to be found on the Isle of Man.

When fully assembled, the necklace was crescent-shaped and made from multiple strings.
Read the rest of this article...
Posted by David Beard MA, FSA, FSA Scot at 4:36 PM