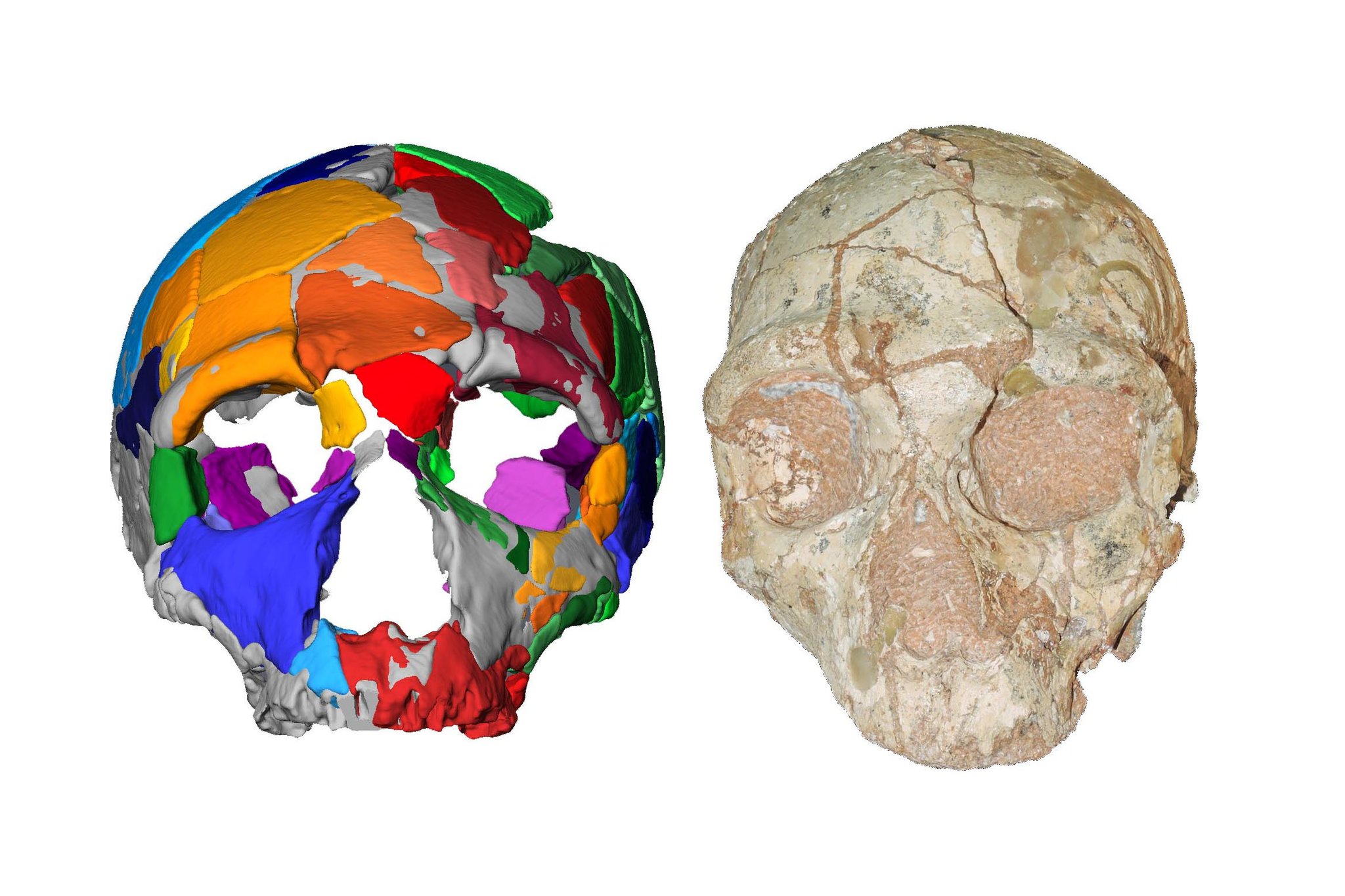 A reconstruction of Apidima 2, which was shown to be a Neanderthal skull. A far older skull fragment, Apidima 1, was also assumed to be Neanderthal, but scientists now say it belonged to a modern human.
CreditCreditKaterina Harvati, Eberhard Karls University of Tübingen

Until now, the earliest remains of modern humans found on the Continent were less than 45,000 years old. The skull bone is more than four times as old, dating back over 210,000 years, researchers reported in the journal Nature.

The finding is likely to reshape the story of how humans spread into Europe, and may revise theories about the history of our species.