Earth Wobbles May Have Driven Ancient Humans Out of Africa

A computer model simulated human density 80,000 years ago, showing the arrival of humans in eastern China and southern Europe as well as migrations out of Africa along vegetated paths in Sinai and the Arabian Peninsula.
Credit: Tobias Friedrich


Ancient human migrations out of Africa may have been driven by wobbles in Earth's orbit and tilt that led to dramatic swings in climate, a new study finds.
Modern humans first appeared in Africa about 150,000 to 200,000 years ago. It remains a mystery as to why it then took many millennia for people to disperse across the globe. Recent archaeological and genetic findingssuggest that migrations of modern humans out of Africa began at least 100,000 years ago, but most humans outside of Africa most likely descended from groups who left the continent more recently — between 40,000 and 70,000 years ago.
Previous research suggested that shifts in climate might help explain why modern human migrations out of Africa happened when they did. For instance, about every 21,000 years, Earth experiences slight changes to its orbit and tilt. These series of wobbles, known as Milankovitch cycles, alter how much sunlight hits different parts of the planet, which in turn influences rainfall levels and the number of people any given region can support. [See Photos of Our Closest Human Ancestor]
Read the rest of this article...
Posted by David Beard MA, FSA, FSA Scot at 7:34 PM No comments:

A first photo of the possible broch on the Holms of Hogaland
Photos: http://scottishcrannogs.wordpress.com


THE REMAINS of what could be an Iron Age broch have been identified in a loch near Whiteness by a researcher from the University of Aberdeen.
Michael Stratigos found the site on one of the three Holms of Hogaland islets in the Loch of Strom.
He said the majority of the islet, which is the smallest of the three, is covered by a large mound around 3m high and 16x14m across.
It is unclear at the moment whether the find is the remains of a broch or of a roundhouse.
A small circular depression in the centre is believed to be the "internal space" of the structure.
There are also the potential remains of orthostats, or piers, while coursed stonework was noted.
Read the rest of this article...
Posted by David Beard MA, FSA, FSA Scot at 7:29 PM No comments:

Read the rest of this article...
Posted by David Beard MA, FSA, FSA Scot at 7:12 PM No comments: The first extensive study of Indigenous Australians' DNA dates their origin to more than 50,000 years ago, backing the claim that they are the most ancient continuous civilisation on Earth.

Scientists used the genetic traces of the mysterious early humans that are left in the DNA of modern populations in Papua New Guinea and Australia to recontruct their journey from Africa around 72,000 years ago.

Experts disagree on whether present-day non-African people are descended from explorers who left Africa in a single exodus or a series of distinct waves of travelling migrants.

The new study supports the single migration hypothesis. It indicates that Australian aboriginal and Papuan people both originated from the same out-of Africa migration event some 72,000 years ago, along with ancestors of all other non-African populations alive today.

Read the rest of this article...
Posted by David Beard MA, FSA, FSA Scot at 7:10 PM No comments:

BACK AT THE SMERQUOY NEOLITHIC SITE

Work resumed at the site of Smerquoy, on the Orkney Mainland, at the start of this month, involving a team of archaeologists from the UHI Orkney College, the University of Manchester and the University of Central Lancashire, as well as volunteers.
Excavations in previous years uncovered the remains of early Neolithic houses, alongside more ephemeral remains and structures.
In this final year we hope to understand the sequence of house construction across the site and definitively date the different phases of use.
Progress has been slowed by some mixed weather in the first week, including heavy rain, thick mist and strong gales. Nevertheless there have been some very exciting finds.
Read the rest of this article...
Posted by David Beard MA, FSA, FSA Scot at 11:41 AM No comments:


When someone in Bronze Age Denmark quickly disposed of a burnt pot, they unintentionally provided archaeologists with a unique find.

A moment of carelessness, 3,000 years ago has given Danish archaeologists an unexpected gift.
A clay pot unearthed during an archaeological excavation in central Jutland, Denmark, contains the possible remains of a failed attempt of cheese making.
Something went wrong during the process and the cheese maker most likely threw the pot away into the street, only to show up again thousands of years later.
“We found the clay pot in what was once a pit. Quite unusually, it was in near mint condition and this is itself is an exciting find,” says curator and archaeologist Kaj F. Rasmussen from Museum Silkeborg, Denmark.
Read the rest of this article...
Posted by David Beard MA, FSA, FSA Scot at 11:03 AM No comments: 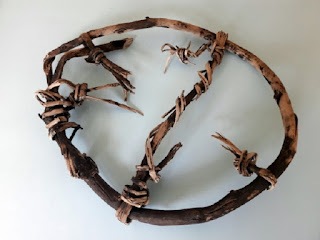 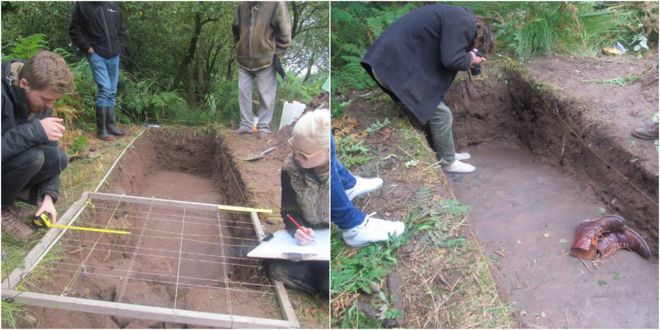 A prehistoric stone panel said to be the "most important in Europe" is being unearthed for the first time in more than 50 years in Clydebank.
The Cochno Stone dates to 3000BC and is described as one of the best examples of Neolithic or Bronze Age cup and ring markings in Europe.
Located next to a housing estate, the stone was buried in 1965 to protect it from damage.
Excavation work started on Monday and is expected to last three weeks.