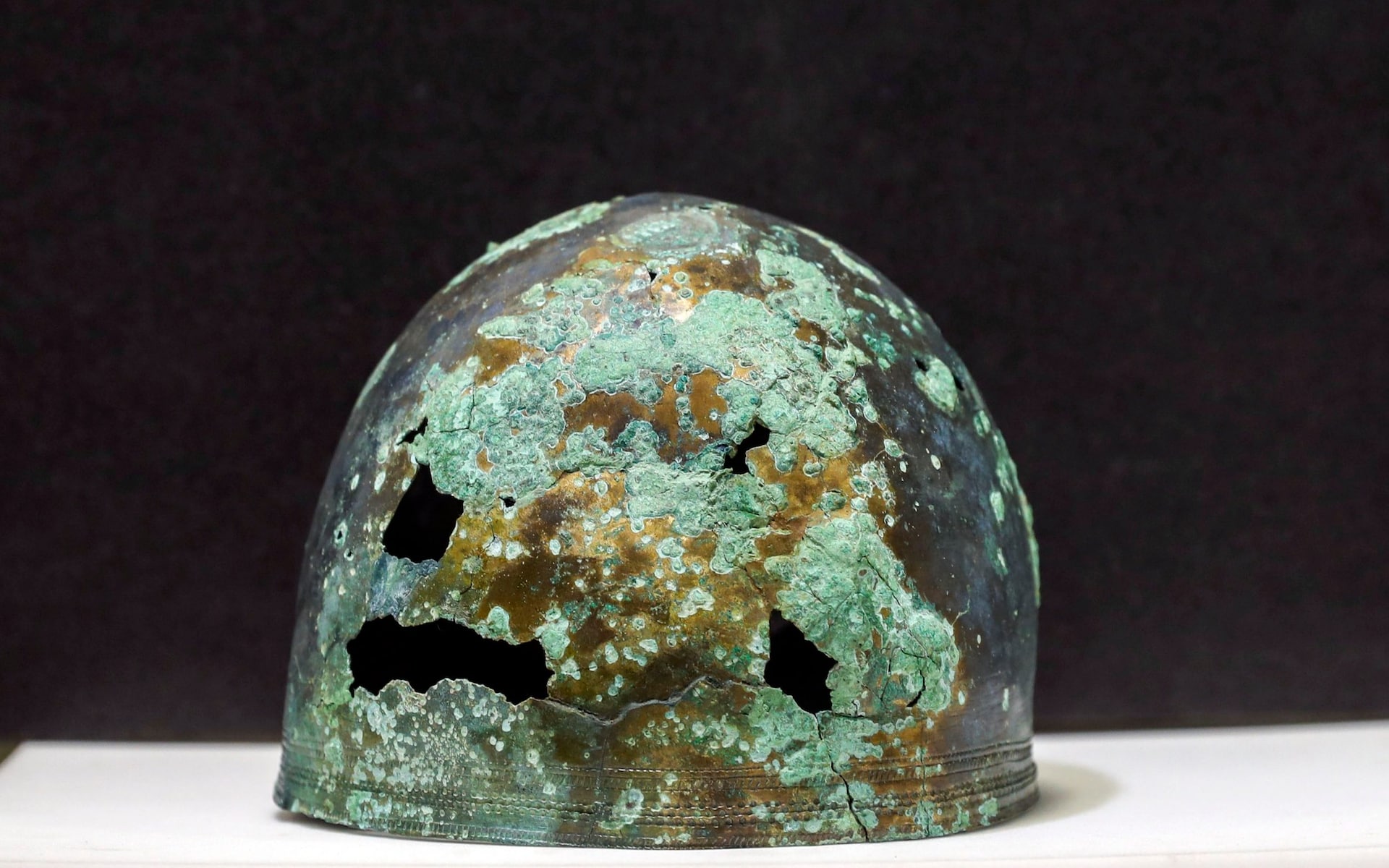 'Unique find': the artefacts have been carefully studied for the last decade CREDIT: PA

The grave of a real-life Asterix containing what is believed to be an ancient Gallic warrior who came to Britain and fought Julius Caesar has been discovered, archaeologists have announced.

The unique and highly-elaborate resting place was found on a West Sussex building site.

The Iron Age warrior, buried with his glamorous and ornate head-dress, is thought to have been a refugee French Gallic fighter who fled Julius Caesar's legionnaires as they swept across continental Europe in about 50BC.

Archaeologists have described the discovery, which will go on display at Chichester's Novium Museum in January 2020, as "the most elaborately equipped warrior grave ever found in England".