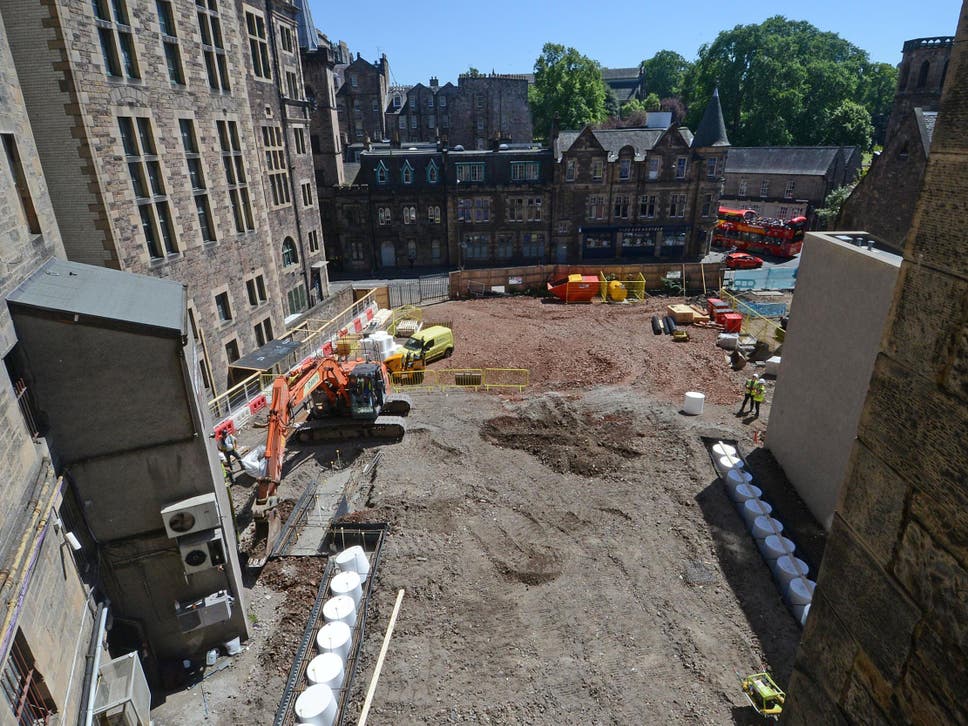 Building of first Virgin Hotel in Britain has been delayed for a year after archaeologists at the Edinburgh site unearthed artefacts dating back 1,000 years ( Jon Savage /SWNS )

The opening of Sir Richard Branson‘s first Virgin Hotel in Britain has been delayed by a year after archaeologists at the site unearthed artefacts dating back 1,000 years.

The excavation in Edinburgh has lasted more than a year, three times longer than expected, due to the range of objects and material discovered from the 10th century.

Experts say the remains of buildings found predate Edinburgh Castle and the creation of the town burgh by David I by around 200 years.

The work has also unearthed ditches and walls marking the original boundary of the city and some of the discoveries could date as far back as the Bronze Age.