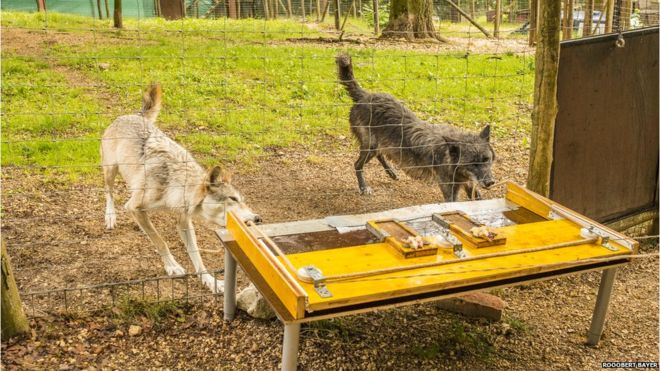 Whisper it – Greek amphitheatre's legendary acoustics are a myth 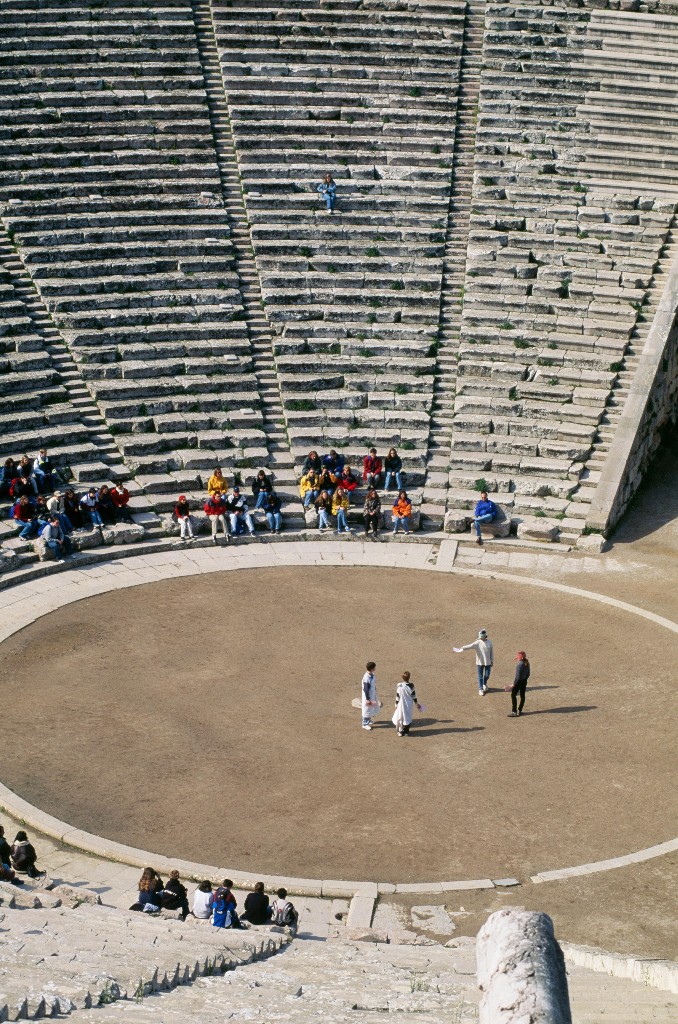 It has been held up as a stunning example of ancient Greek sound engineering, but researchers say the acoustics of the amphitheatre at Epidaurus are not as dazzling as they have been hailed.

Dating from the fourth century BC, and seating up to 14,000 spectators, the amphitheatre has long been admired for its sound quality, with claims that audiences are able to hear a pin drop, or a match being struck, at any seat in the house. Even the British archaeologist Sir Mortimer Wheeler raved about the amphitheatre, declaring in clipped tones in a 1958 broadcast: “Even a stage whisper could be picked up by the furthest spectator with the cheapest ticket.”

But new research suggests such assertions are little more than Greek myth.

Read the rest of this article...
Posted by David Beard MA, FSA, FSA Scot at 8:04 PM No comments:

Early humans seem to have recognized the dangers of inbreeding at least 34,000 years ago, and developed surprisingly sophisticated social and mating networks to avoid it, new research has found.

Detail of one of the burials from Sunghir, in Russia. The new study sequenced the genomes of individuals from the site and discovered that they were, at most, second cousins, indicating that they had developed sexual partnerships beyond their immediate social and family group.
Credit: By José-Manuel Benito Álvarez (Own work) [Public domain], via Wikimedia Commons

Early humans seem to have recognised the dangers of inbreeding at least 34,000 years ago, and developed surprisingly sophisticated social and mating networks to avoid it, new research has found.

The study, reported in the journal Science, examined genetic information from the remains of anatomically modern humans who lived during the Upper Palaeolithic, a period when modern humans from Africa first colonised western Eurasia. The results suggest that people deliberately sought partners beyond their immediate family, and that they were probably connected to a wider network of groups from within which mates were chosen, in order to avoid becoming inbred.

Read the rest of this article...
Posted by David Beard MA, FSA, FSA Scot at 11:15 AM No comments:

Ax Linked to Ötzi the Iceman Found North of the Alps

Archaeologists found a copper blade in Switzerland that's just like the ax Ötzi the famous "Iceman"was carrying when he died.

Like Ötzi's ax, this tool was made with copper that came from hundreds of miles away, in present-day Tuscany in central Italy. The discovery could shed light on Copper Age connections across Europe.

Bad fortune eventually made Ötzi the Iceman famous. About 5,300 years ago, he was shot with an arrow, struck in the head and left to die near a mountain pass high in the Alps. He was entombed in a glacier until 1991, when hikers near the Italian-Austrian border discovered his body.

Read the rest of this article...
Posted by David Beard MA, FSA, FSA Scot at 11:04 AM No comments:

The stone tools found by the CRAG team vary in size, from around 220 millimeters (8.5 inches) in length, down to about 50 millimeters (2 inches).
Credit: Ian Brooks/CRAG

Amateur archaeologists excavating a Bronze Age site in the United Kingdom have discovered a cache of unusual stone tools unlike any that have been found before.

The tools appear to have been deposited deliberately — perhaps ceremonially — in what would have been a stream around 4,500 years ago, according to the researchers.

Around 20 of the roughly triangular stone hand tools, of various sizes, were found at the excavation site in the Clwydian Range, a series of hills in Denbighshire in northeast Wales, by the Clwydian Range Archaeological Group (CRAG) during four weeks of excavations in July and August. [See More Photos of the Stone Tools at the Bronze-Age Site]

Read the rest of this article...
Posted by David Beard MA, FSA, FSA Scot at 6:43 PM No comments: 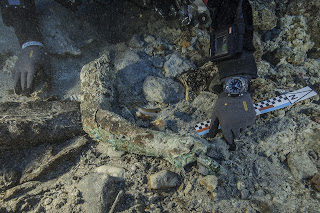 Read the rest of this article...
Posted by David Beard MA, FSA, FSA Scot at 6:41 PM No comments: 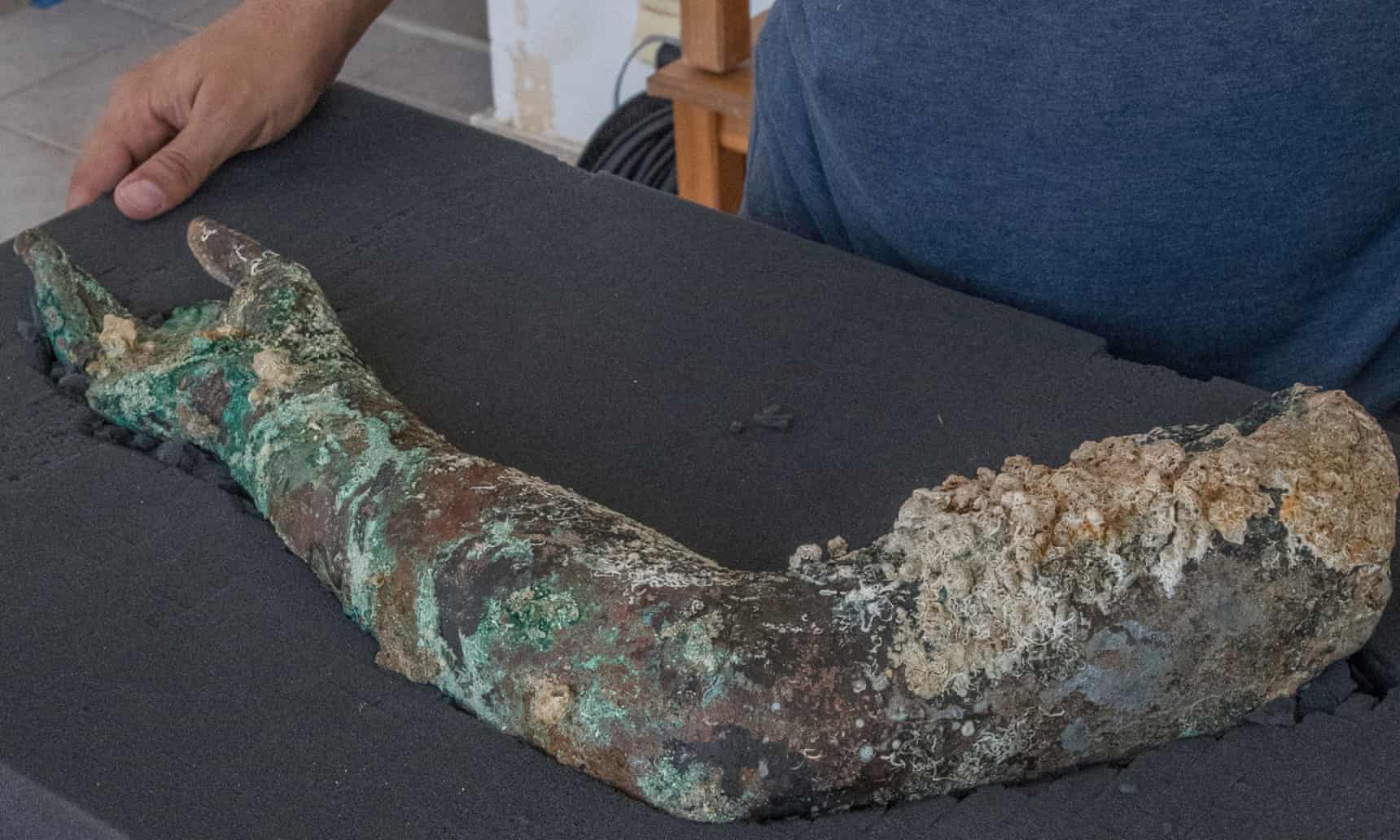 Read the rest of this article...
Posted by David Beard MA, FSA, FSA Scot at 6:33 PM No comments: