The stomach-turning truth about what the Neanderthals ate? 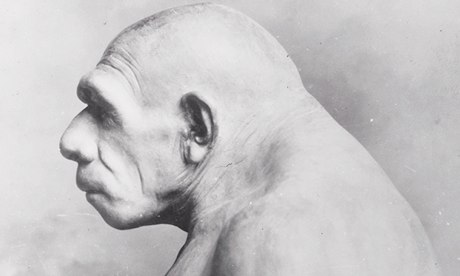 New thinking suggests that Neanderthals may have eaten the contents of animals' stomachs – 'a consistency and a flavour that is not unlike cream cheese'. Photograph: Corbis

The idea of these early humans being plant-eating, self-medicating sophisticates has been brought into question by the findings of researchers at London's Natural History Museum.


It was the tell-tale tartar on the teeth that told the truth. Or at least, that is what it appeared to do. Researchers – after studying calcified plaque on Neanderthal fossil teeth found in El Sidrón cave in Spain – last year concluded that members of this extinct human species cooked vegetables and consumed bitter-tasting medicinal plants such as chamomile and yarrow.
These were not brainless carnivores, in other words. These were smart and sensitive people capable of providing themselves with balanced diets and of treating themselves with health-restoring herbs, concluded the researchers, led by Karen Hardy at the Catalan Institution for Research and Advanced Studies in Barcelona. Our vision of these long-extinct people needs adjusting, they argued.
Read the rest of this article...
Posted by David Beard MA, FSA, FSA Scot at 5:34 PM