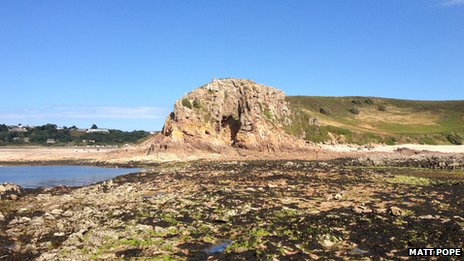 
A study on a Jersey site that revealed a significant piece of late Neanderthal history has been published.
Scientists working on an archaeological dig in St Brelade said teeth found at La Cotte suggest Jersey was one of the last places Neanderthals lived.
The team of British archaeologists have unearthed items which show the presence of Stone Age hunters at the headland.
They said the finds were helping scientists understand more about the early relatives of modern humans.
Read the rest of this article...
Posted by David Beard MA, FSA, FSA Scot at 5:23 PM