Dog evolved 'on the waste dump' 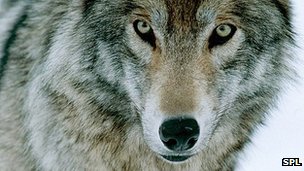 Anyone who owns a dog knows that it will rummage around in the kitchen bin looking for food, given half a chance.

But this annoying behaviour may have a more profound undercurrent than we realise, according to scientists.

A new study of dog genetics reveals numerous genes involved in starch metabolism, compared with wolves.
It backs an idea that some dogs emerged from wolves that were able to scavenge and digest the food waste of early farmers, the team tells Nature journal.

No-one knows precisely when or how our ancestors became so intimately connected with dogs, but the archaeological evidence indicates it was many thousands of years ago.