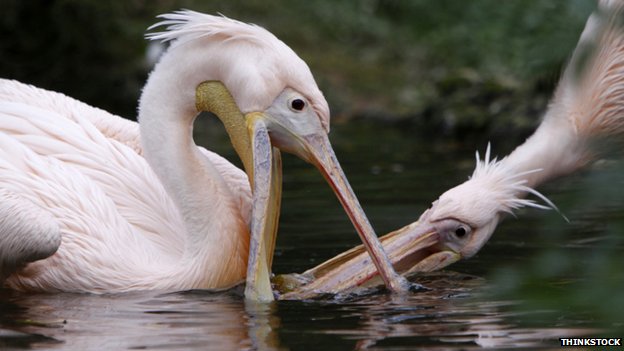 Humans and animals could not evolve in a co-operative environment by being selfish, scientists say


Evolution does not favour selfish people, according to new research.
This challenges a previous theory which suggested it was preferable to put yourself first.
Instead, it pays to be co-operative, shown in a model of "the prisoner's dilemma", a scenario of game theory - the study of strategic decision-making.
Published in Nature Communications, the team says their work shows that exhibiting only selfish traits would have made us become extinct.
Game theory involves devising "games" to simulate situations of conflict or co-operation. It allows researchers to unravel complex decision-making strategies and to establish why certain types of behaviour among individuals emerge.
Read the rest of this article...
Posted by David Beard MA, FSA, FSA Scot at 3:30 PM