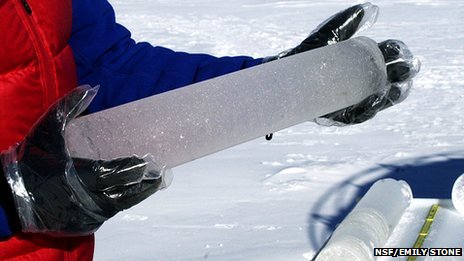 New data from Greenland ice cores suggest North America may have suffered a large cosmic impact about 12,900 years ago.
A layer of platinum is seen in ice of the same age as a known abrupt climate transition, US scientists report.
The climate flip has previously been linked to the demise of the North American "Clovis" people.
The data seem to back the idea that an impact tipped the climate into a colder phase, a point of current debate.
Rapid climate change occurred 12,900 years ago, and it is proposed that this is associated with the extinction of large mammals - such as the mammoth, widespread wildfires and rapid changes in atmospheric and ocean circulation.
Read the rest of this article...
Posted by David Beard MA, FSA, FSA Scot at 3:28 PM