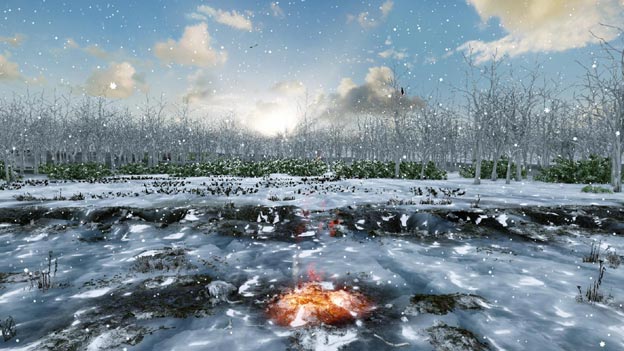 An artist's impression of Warren Field about 10,000 years ago showing burning material in one of the "calendar's" pits


Archaeologists believe they have discovered the world's oldest lunar "calendar" in an Aberdeenshire field.
Excavations of a field at Crathes Castle found a series of 12 pits which appear to mimic the phases of the moon and track lunar months.
A team led by the University of Birmingham suggests the ancient monument was created by hunter-gatherers about 10,000 years ago.
The pit alignment, at Warren Field, was first excavated in 2004.
The experts who analysed the pits said they may have contained a wooden post.
The Mesolithic "calendar" is thousands of years older than previous known formal time-measuring monuments created in Mesopotamia.
Read the rest of this article...
Posted by David Beard MA, FSA, FSA Scot at 10:21 AM