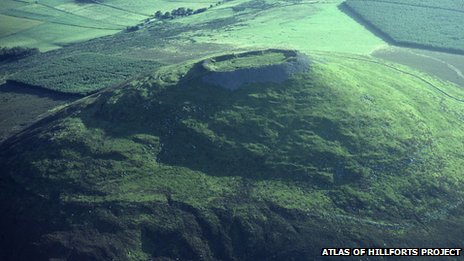 Tap o'Noth hill fort in Aberdeenshire. There are more than 5,000 of these ancient structures in Britain and Ireland but they have been little researched until now


Archaeologists are drafting a volunteer army to help map every ancient hill fort across Britain and Ireland.
It is part of a project to create an online atlas of around 5,000 of theseIron Age monuments.
Prehistory enthusiasts are being asked to identify and record features such as ramparts, ditches and entrances.
Prof Gary Lock, of Oxford University, said: "We want to shed new light on why they were created and how they were used."
Despite their large numbers there has been little academic work on hill forts, how they were used and how they varied across Britain and Ireland, the researchers say.
Read the rest of this article...
Posted by David Beard MA, FSA, FSA Scot at 8:25 AM