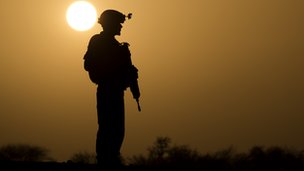 
Primitive society was not driven by war, scientists believe.
Researchers from Abo Academy University in Finland say that violence in early human communities was driven by personal conflicts rather than large-scale battles.
They say their findings suggest that war is not an innate part of human nature, but rather a behaviour that we have adopted more recently.
The study is published in the journal Science.
Patrik Soderberg, an author of the study, said: "This research questions the idea that war was ever-present in our ancestral past. It paints another picture where the quarrels and aggression were primarily about interpersonal motives instead of groups fighting against each other."
Read the rest of this article...
Posted by David Beard MA, FSA, FSA Scot at 9:53 AM