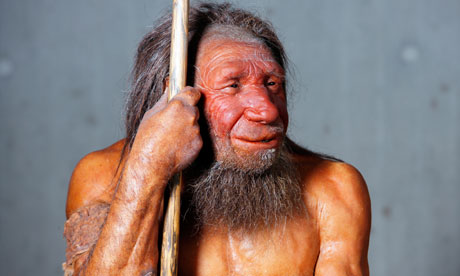 When scientists discovered a few years ago that modern humans shared swaths of DNA with long-extinct Neanderthals, their best explanation was that at some point the two species must have interbred.

Now a study by scientists at the University of Cambridge has questioned this conclusion, hypothesising instead that the DNA overlap is a remnant of a common ancestor of both Neanderthals and modern humans.

When the genetic sequence of Homo neanderthalensis was published in 2010, one of the headline findings was that most people outside Africa could trace up to 4% of their DNA to Neanderthals. This was widely interpreted as an indication of interbreeding between Neanderthals and early Homo sapiens just as the latter were leaving Africa. The two species would have lived in the same regions around modern-day Europe, until Neanderthals died out about 30,000 years ago.