How stone age man invented the art of raving 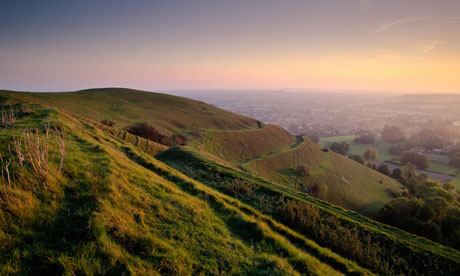 Hambledon Hill, in Dorset, hosted stone-age festivals at a causewayed enclosure before the construction of its iron-age hill fort. Photograph: Mark Bauer/Alamy
They were the stone-age equivalent of Glastonbury festival. People gathered in their hundreds to drink, eat and party every summer at revelries lasting several days and nights. Young men met women from nearby communities and married them. Herds of cattle were slaughtered to provide food.

These neolithic carousals even had special sites. They were held on causewayed enclosures, large hilltop earthworks built by our forebears after they brought farming to Britain from the continent 6,000 years ago.

This picture of ancient British bacchanalia has been created by researchers led by Professor Alasdair Whittle of Cardiff University and Dr Alex Bayliss of English Heritage. Using a revolutionary technique for dating ancient remains, they have built up a detailed chronology of the first farmers' arrival in Britain and have shown that agriculture spread with dramatic rapidity. In its wake, profound social changes gripped the country, culminating in the construction of causewayed enclosures where chieftains or priests held revelries to help establish their power bases.