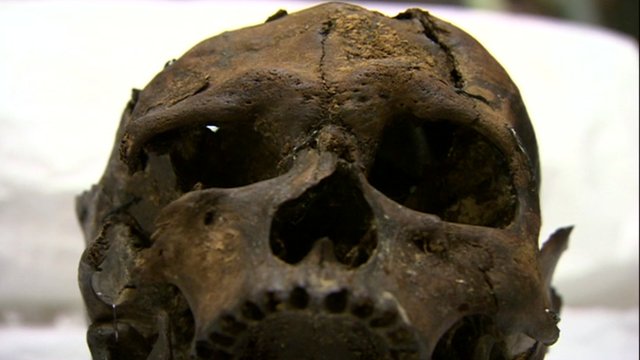 Bryan Sitch, curator of archaeology at the museum, said it now appeared the man had been beaten about the head, garrotted and then beheaded

The head of an Iron Age man who died almost 2,000 years ago has been scanned in a Manchester hospital to shed light on how he died.

Worsley Man is thought to have lived around 100 AD when Romans occupied much of Britain.
Since its discovery in a Salford peat bog in 1958, the head has been kept at Manchester Museum on Oxford Road.

The scans at the Manchester Children's Hospital have now revealed more details about his violent death.