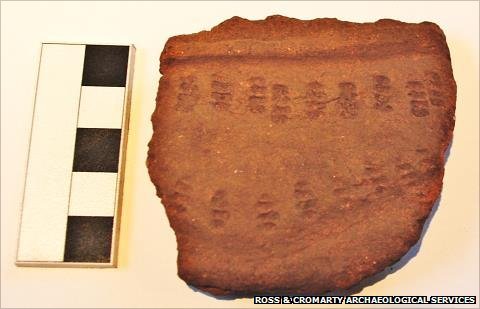 Neolithic pottery excavated ahead of work on a £16m flood scheme has added to archaeologists' understanding of a city's past.

Pits containing fragments of ceramics were recovered from the site in the Culduthel area of Inverness.
Archaeologists were brought in ahead of construction of phase three of the city's south west flood relief channel.

Iron Age weapons and a Romano-British brooch have been found previously at other sites nearby.