Ötzi – a new understanding of the holy grail of glacial archaeology 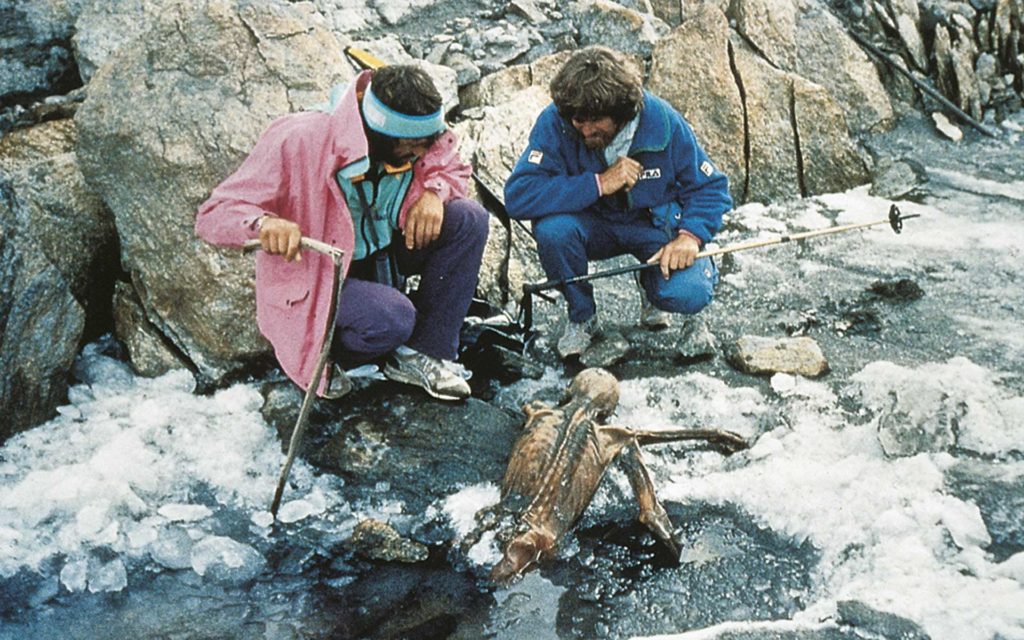 Reinhold Messner (right) looking at Ötzi after more ice had melted or been hacked away. Notice the wooden stick in his companion’s right hand. It was used during the first attempts to hack Ötzi out of the ice. It is in fact part of the frame for Ötzi’s backpack. In the upper right corner, we can see Ötzi’s bow resting against the rock.

Ötzi the iceman is the holy grail of glacial archaeology, nothing less. The discovery of the 5300-year-old mummified body and the associated artefacts created a media frenzy and great public interest. Today, 250000 people visit the Ötzi Museum in Bolzano each year to get a glimpse of Ötzi and the exhibited artefacts. A wealth of scientific papers, popular books and documentaries have been published.

Ötzi was discovered in 1991 in a gully at the Tisenjoch pass close to the Italian/Austrian border. The original interpretation by the Innsbruck-based archaeologist Konrad Spindler was that Ötzi froze to death in the gully. He was quickly covered by a glacier and remained encased in ice until he melted out in 1991. How else could the body and artefacts be so well preserved?