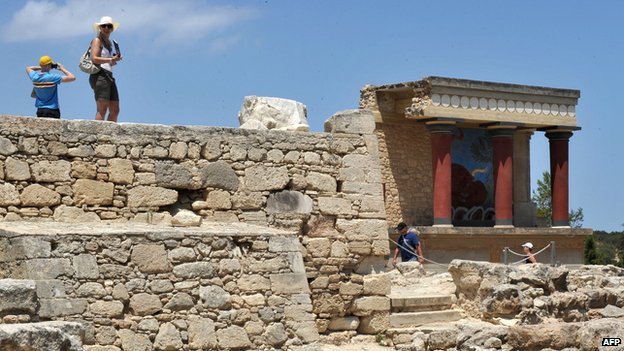 Europe's first advanced civilisation was local in origin and not imported from elsewhere, a study says.
Analysis of DNA from ancient remains on the Greek island of Crete suggests the Minoans were indigenous Europeans, shedding new light on a debate over the provenance of this ancient culture.
Scholars have variously argued the Bronze Age civilisation arrived from Africa, Anatolia or the Middle East.
Details appear in Nature Communications journal.
The concept of the Minoan civilisation was first developed by Sir Arthur Evans, the British archaeologist who unearthed the Bronze Age palace of Knossos on Crete.